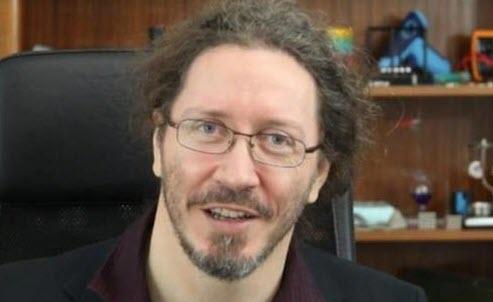 
The name “Thunderf00t” is the alias of Phil Mason, a British chemist and video blogger who has become well-known for posting YouTube videos that criticize, among other things, pseudoscience. We have written about him here, specifically, for debunking several of Elon Musk’s worst ideas (i.e. Musk’s rocket roadster and his Boring Company tunnel idea).

His day job is as a scientist in the field of chemistry and biochemistry at the Academy of Sciences of the Czech Republic. His tongue in cheek, yet starkly accurate criticisms, have earned him over 950,000 subscribers on YouTube and an aggregate total of more than 220 million views.

And now, YouTube appears to have had enough of him.

Mason has once again taken to the platform and posted a video on Thursday of this week explaining that several of his videos exploring and debunking various theories about the coronavirus had been taken down off the site.

“So, YouTube has deleted another one of my videos – just, zoom – gone!” Mason starts out by saying. He says the videos are being pulled down without YouTube issuing him strikes.

Mason said that YouTube has pulled down 3 videos in two months for “debunking coronavirus conspiracy theories”.

“Even in this last one, they took it down for ‘spreading disinformation about the coronavirus’,” he says about a video that he put up criticizing Dr. Rashid A. Buttar, an osteopathic physician from Charlotte.

“Just so we’re clear, Dr. Rashid Buttar is an absolute fruit loop,” Thunderf00t says, detailing Buttar’s suggestions on how to cure cancer and his  theories about the Beirut explosion was caused by a missile. “They’ve been storing ammonium nitrate for 10 years, just so they could blow it up now?” he asks.

“Meanwhile the doctor makes these claims in a gazillion videos,” Mason says, “and his videos are still up”.

Mason explains his other videos have been taken down for debunking “idiots who don’t know anything about science”.

Regardless of your thoughts on whether or not Mason is on the right side of the arguments he is making, one can’t ignore what appears to be a growing, asymmetric, strong arm of censorship that continues to protrude from the country’s top tech titans.

Heading into the election, we have already seen Twitter censor the President, Facebook mull the ideas of pulling down news articles and now, once again, YouTube selecting which global experts are allowed to have a say in matters of current events.

Orwell would be proud.