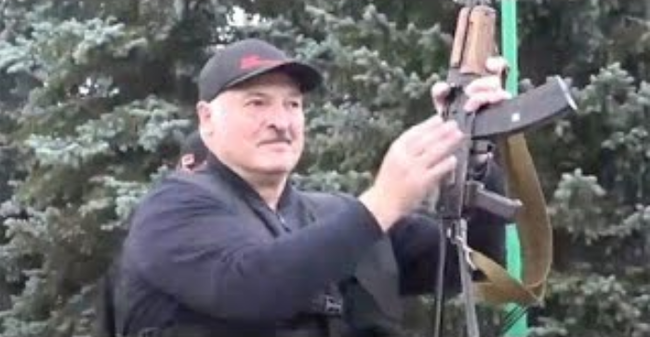 
Russia’s Foreign Ministry has slammed “destructive” statements coming from the EU, NATO, and the US on the ongoing crisis in Belarus.

“In addition to statements made by the OSCE, we see that the EU and NATO have also been making quite destructive remarks. We also see that NATO has intensified its military activity near the borders with Belarus which are also borders of the Customs Union,” Russian Foreign Minister Sergei Lavrov said Wednesday.

This comes a day after US Deputy Secretary of State Stephen Biegun – fresh off a diplomatic tour of Lithuania, Russia, Ukraine, and Austria last week – expressly warned Russia against any form of intervention in Belarus, especially militarily.

Putin recently announced a “reserve” security force which could go to Minsk to help law enforcement amid raging anti-Lukashenka protests which have seen tens of thousands flood the Belarusian capital for weeks.

In response the US diplomat presented a full court press in terms of “democracy promotion” rhetoric in a recent interview, which the Kremlin has noted is consistent with signs that a US-backed covert “color revolution” is in progress.

Biegun said: “You, the people of Belarus, have reminded us how important democracy and freedom are. We are in awe of the courage that you have shown, and we wish you the very best,” according to US state funded media.

The top State Dept. official promised the US and its allies “will work as closely as possible to ensure that you have the right to select your own government through a free and fair election under independent observation that is guaranteed to you by the Belarusian Constitution and by relevant international documents.”

Meanwhile Belarusian officials this week condemned US meddling in the country’s internal affairs, with Belarusian FM Vladimir Makei during a meeting in Moscow saying:

“We withstood the first strikes and did not allow the Ukrainian scenario to be implemented in Belarus. A color revolution scenario, organized from outside.”

.@SecPompeo: Whether it’s in Belarus or Lebanon or Hong Kong, people just want to live in freedom. The tide is turning against the Chinese Communist Party and its efforts to restrict freedom for all of us. pic.twitter.com/dNZ0wzxnDP

Likely Minsk will further interpret the State Department’s latest statements as only confirming a Washington “hidden hand” behind the protests.

Biegun had said further: “Please know that you have the support of the world as you advance your goals toward that end.”