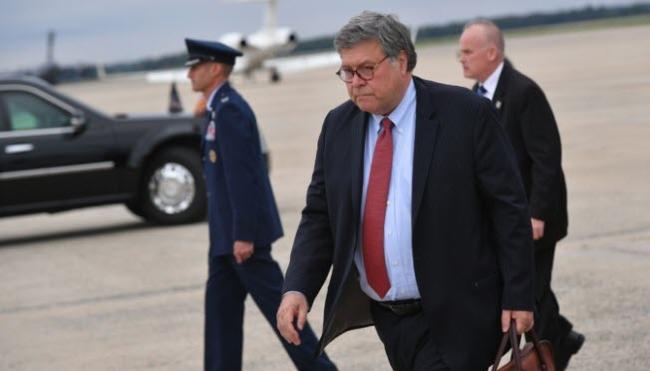 
Authored by Ivan Pentchoukov via The Epoch Times,

“I know there are a number of investigations right now, some very big ones, in states,” Barr said in response to a question about how many voter fraud indictments the Department of Justice (DOJ) has brought on his watch.

Barr said he did not know the exact number.

At least 32 people have been criminally convicted of voter fraud in 2019, according to a database maintained by the conservative Heritage Foundation think tank.

Barr pointed to a recent conviction in Texas over 1,700 fraudulent ballots and noted that widespread evidence isn’t available because the United States has never attempted an election with the kind of massive access to mail-in voting available in 2020.

At least 83 percent of American voters, or roughly 100 million people, will be able to vote by mail in the 2020 election, according to a tally by The Washington Post.

“We haven’t had the kind of widespread use of mail-in ballots as being proposed,” Barr said.

“We’ve had absentee ballots from people who request them from a specific address. Now what we’re talking about is mailing them to everyone on the voter list, when everyone knows those voter lists are inaccurate.”

Barr referenced the findings of a nonpartisan Commission on Federal Election Reform, co-chaired by former President Jimmy Carter and former Secretary of State James Baker, which determined in 2005 that mail-in voting creates the potential for voter fraud and opens the door to coercion if activists or party workers are allowed to handle ballots.

Carter recently issued a statement to point out that the commission’s key finding was that states should invest in more research on mail-in voting. The former president encouraged states to invest resources to expand voting by mail.

More than 43 percent of likely American voters would not trust in the integrity of an election if all voters automatically received ballots or ballot request forms by mail, according to an Epoch Times National Poll conducted in late August.

“This is playing with fire,” Barr said.

“We’re a very closely divided country here and people have to have confidence in the results of the election and the legitimacy of the government. And people trying to change the rules to this methodology—which as a matter of logic is very open to fraud and coercion—is reckless and dangerous,” Barr said.

President Donald Trump opposes a universal vote-by-mail election, arguing that it’s an invitation for fraud and opens the door to Election Day chaos due to the inefficiency of the U.S. Postal Service.

Democrats are waging a well-funded legal campaign across the nation to make it easier to vote by mail beyond absentee ballots. They are litigating at least 80 of the more than 100 vote-by-mail court cases across the nation.