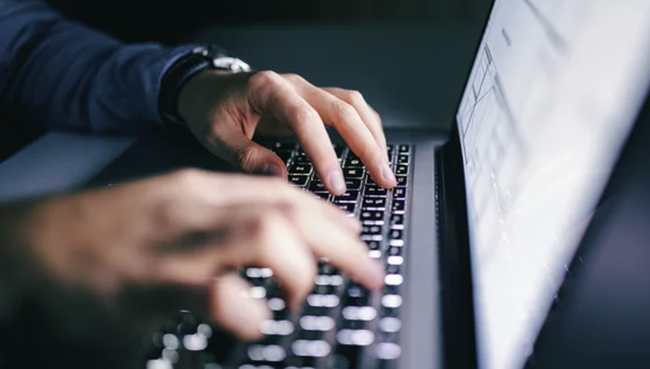 
Here’s yet another story of critical national security import that has been, unsurprisingly, played down by the mainstream media. Michigan’s Department of State denied on Tuesday it had been the victim of a data breach after voter information that was clearly stolen from somewhere surfaced on a platform used by Russian hackers.

The data was first discovered and shared by GQ correspondent Julia Ioffe. Amusingly, the hackers who “stole” this data managed to use it to win a “reward” from the Trump State Department.

Obviously, somebody screwed up here: Either the data was stolen and the State of Michigan is lying, or this really was a scam, and the hackers managed to successfully take advantage of Democrats’ hysterical demands for ‘evidence’ of more Russian electoral interference.

The hilarious—and extremely Russian—part of this is that these hackers were apparently using this data to get that reward money that the State Department was offering for information on election interference. https://t.co/3DWVjzoxx3

One hacker wrote in the dark web forum that they managed to get $4,000 from the State Department.

NB: As some people have correctly pointed out, this is publicly available information. A lot of it has been floating around for a while. It’s just unclear what these hackers are using it for, other than scamming the State Department.

UPDATE: Michigan responds to the @kommersant story, says they were not hacked and that the info is publicly available. https://t.co/NuHnFDYiWv

Remember, Democrats in Congress have persistently played down stories of Russian election meddling that occurred during the closing months of President Obama’s term. Why? Because it shows that Obama dropped the ball when it came to defending America’s electing infrastructure. Alternatively, it suggests that these types of attacks aren’t important. For Democrats, this is a sophie’s choice: Admitting Obama dropped the ball would reinforce the notion that ‘Russian interference’ wasn’t a problem until Trump won the election and Dems needed a narrative to explain away his victory as anything other than ‘winning a fair, free and open election’.

On the other hand, acknowledging that these types of incidents simply aren’t that alarming would be tantamount to crumpling up the Russian collusion narrative and tossing it into the rubbish bin.

Oddly, the report about the mysterious Michigan voter rolls data has apparently been overshadowed by the latest leak purporting to expose skulduggery by senior members of the Trump Administration.

According to ABC News, which cited “internal emails and drafts of the document”, acting Homeland Security Secretary Chad Wolf – who has been nominated to fill the job full time – suppressed a memo warning of “a Russian scheme” aiming to promote stories about Joe Biden’s “poor mental health”.

In early July the Department of Homeland Security withheld publication of an intelligence bulletin warning law enforcement agencies of a Russian scheme to promote “allegations about the poor mental health” of former Vice President Joe Biden, according to internal emails and a draft of the document obtained by ABC News.

The draft bulletin, titled “Russia Likely to Denigrate Health of US Candidates to Influence 2020 Election,” was submitted to the agency’s legislative and public affairs office for review on July 7. The analysis was not meant for public consumption, but it was set to be distributed to federal, state and local law enforcement partners two days later, on July 9, the emails show.

Just one hour after its submission, however, a senior DHS official intervened.

“Please hold on sending this one out until you have a chance to speak to [acting Secretary of Homeland Security Chad Wolf],” wrote DHS Chief of Staff John Gountanis, according to an email obtained by ABC News.

That was nearly two months ago. But the bulletin was never circulated.

Of course, ABC News found some former DHS official with an axe to grind to reassure readers that these “Russian malign influence actors” are a serious threat to the Republic.

According to the draft bulletin, analysts determined with “high confidence” that “Russian malign influence actors are likely to continue denigrating presidential candidates through allegations of poor mental or physical health to influence the outcome of the 2020 election.”
“High confidence means what it sounds like — that they are highly confident that their assessment is accurate and they don’t use that language very often,” Elizabeth Neumann, a former assistant secretary of Homeland Security during the Trump administration, told ABC News.

The Russian interference narrative is replete with obvious flaws – flaws that have prompted millions of reasonable, independent-minded Americans to dismiss the entire narrative as Democrats’ pushing their political agenda, bending America’s intelligence apparatus – the “Deep State” – to help accomplish their political objectives. The primary function of the mainstream media’s political reporting is to obscure this obvious fact.

One doesn’t make it to the top ranks of the Trump Administration without knowing how to cater to Trump’s whims. And the reality is, memos like this are the work of overzealous department employees who simply can’t let go of the Russia narrative. When confronted to produce ‘evidence’ of Russia’s meddling, what has been supplied was extremely paltry. Who could forget Russia’s “Facebook disinformation campaign” consisting of a few hundred thousand dollars’ worth of promoted posts boosting conspiratorial-sounding content from both the left and the right.

Much of the information pushed by these ‘foreign interlopers’ is identical to content produced by right-leaning or left-leaning American media outlets. Plus, the US accusing foreign governments of ‘meddling’ in this way during an election is ‘the pot calling the kettle black’.