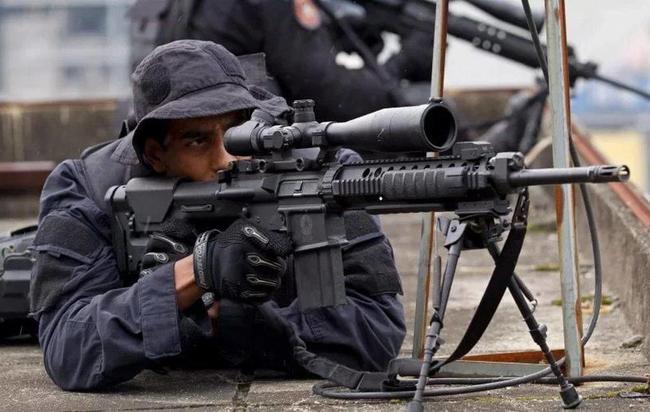 
The destabilizing events of 2019 into 2020 in Venezuela which saw a couple of significant protest movements and military coup activity spill into the streets brought widespread accusations of American-led regime change efforts. In May a bizarre mercenary group, which included a couple of ex-Green Berets, was arrested and later sentenced for an attempted ‘invasion’ of the country to stir up further unrest only added to this perception.

“I was the victim of the most brutal aggression. The US government… offered $15 million for my head. Donald Trump approved of my murder, I am not exaggerating, and they are trying to send a group of snipers or hire snipers in Venezuela to kill me. Donald Trump decided that,” Maduro said.

Maduro detailed in the televised remarks that “several attempts were thwarted” and further there’s an ongoing US effort to overthrow him.

He noted recent attempts were organized from US ally Colombia – an apparent reference to the prior failed ex-Green Berets’ operation – but also suggested there’s an ongoing plot to kill him.

He said that “now a search for snipers was underway” – though without giving details.

The speech wherein he made the surprisingly direct and blunt charge against Trump was posted to state media channels on Tuesday.

Recently the US has tried to block Iranian fuel shipments from reaching Venezuela, though the two US-designated “rogue states” have vowed to thwart the ‘illegal’ US economic and resource blockade.