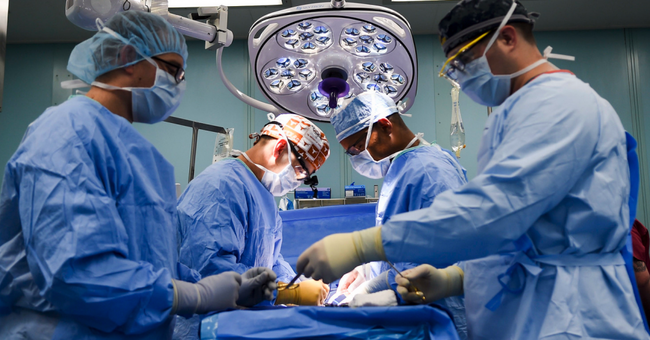 The medical journal, The Lancet, is one of the world’s Big Three scientific journals of medicine; that’s the triumvirate of authorities for physicians worldwide, and the other two are the Journal of the American Medical Association, and the New England Journal of Medicine. On August 27th The Lancet published “Measuring universal health coverage based on an index of effective coverage of health services in 204 countries and territories”. Here is the visual that’s in it, which shows the United States as having, by far, the world’s costliest medical care, at around $9,000 per person per year, and yet as having lower quality of health care than virtually all other industrialized nations do:

Here is another such study, showing the same thing, and calculating it more simply:

Quite simply, the United States is the world’s most corrupt nation, and medical care is such an extreme necessity when a citizen needs it, so that they’ll pay whatever the system charges them for it — and investing in healthcare products and services is therefore enormously profitable in the United States. Actually, the only other market-sector that competes with it for providing simultaneously high returns and low risk (the combination that offers the best of both worlds to investors) is consumer staples, such as foods, which likewise are necessities of life. When people are desperate, they’ll pay, whatever the cost, because these are things they don’t just want — they need. Here, from Maksim Papenkov’s award-winning 6 February 2020 paper, “An Empirical Asset Pricing Model Accommodating the Sector-Heterogeneity of Risk”, is his sector-specific calculation of stock-market profitability during 2000-2018, showing that “HC” Health Care, and “CS” Consumer Staples, were the best at combining low risk with high returns, during that 19-year period:

(“CD” there is Consumer Discretionary and includes Automobiles and Hotels. It’s the only sector that has higher returns than Health Care, but those returns are twice as risky. The S&P500 have lower returns than Health Care and slightly higher riskiness. At the opposite end, “IT” Information Technology is both the riskiest and the least profitable; and “F” Financials are the second-worst sector for investors. The most-profitable sectors are the necessities, the sectors that take the most from the most-desperate.)

In May 2017, Axene Health Partners published their actuary, Chris Slaybaugh’s, study, “International Healthcare Systems: The US Versus the World”, which stated:

The United States is the only industrialized country in the world that does not have Universal Health Coverage for all citizens. … Rather than one system, United States citizens and residents are insured under a variety of sometimes overlapping systems. The United States is also the only developed country where a significant number of citizens are permitted to be uninsured and where a person’s employment can determine whether they have insurance and what insurance they have. … The extent to which medical bills contribute to bankruptcy is hard to tease out from other factors, but even those who are skeptical of the claim that medical costs cause the majority of bankruptcies concede that they are a significant contributor.13

In the rest of the developed world, by contrast, medical costs are rarely or never cited as a driver behind personal bankruptcy.

In fact, CNBC headlined on 11 February 2019, “This is the real reason most Americans file for bankruptcy” and reported that,

Two-thirds of people who file for bankruptcy cite medical issues as a key contributor to their financial downfall.

While the high cost of health care has historically been a trigger for bankruptcy filings, the research shows that the implementation of the Affordable Care Act [“Obamacare”] has not improved things.

What most people do not realize, according to one researcher, is that their health insurance may not be enough to protect them.

While Barack Obama was running for President in 2008, he was promising to provide Americans with a “public option” in order to reduce profits for health insurance companies and thus lower costs, but he dropped that proposal immediately when he won the 2008 election, and he never pushed for it (not even to use as a bargaining chip with the Republicans in shaping his Obamacare). (In fact, Obama chose the conservative head of the Senate Finance Committee, Democratic Senator Max Baucus, to draft his Obamacare, because Baucus was against there being a public option, and because the progressive Democratic Senator Ted Kennedy’s Health, Education & Labor Committee had just drafted an Obamacare with a public option — Obama refused to have Kennedy draft his healthcare legislation. Obama was actually against there being a public option; only his public rhetoric was for it. Joe Biden is apparently now following the same tactic, of lying promises to the public, and true promises to his billionaire backers, to win the White House.) Obama promised the public “universal coverage”, which means 100% of the population covered, like in all other advanced economies, and his Obamacare increased the percentage insured from 84.5% when he came into office in 2009, to 87.7% two years after Obamacare started in 2013 — around 3%, by 2015 (which was after two years). That was still far short of the promised 100%. He was lying through his teeth in order to win election, and the ‘news’-media still hide (instead of expose) the fact that he did, and that he was actually an agent of the billionaires. He’s now the big hero among Democrats, because maybe Trump is even worse. Trump is up-front about his fascism. And Trump’s opponent now is another hypocrite (after Obama), Obama’s V.P., Joe Biden, who was the U.S. Senate’s leading Democratic Party segregationist and won his nomination by claiming to have been instead a civil-rights champion. Everything in U.S. politics is bait-and-switch. That’s the reality in America’s ‘democracy’: a bait-and-switch ‘democracy’, which serves actually only the wealthiest few. The politicians who are elected serve only the wealthy and well-connected.

America is the most libertarian, or “neo-liberal,” of the advanced industrial nations, and this is why it has the world’s most overpriced medical care. It provides the most liberty for the billionaires.

One of the few extremely bold Americans who rose high in the U.S. healthcare system and tried to tell the public how intensely corrupt it is, has been Marcia Angell, M.D, who held numerous prestigious posts in the U.S. medical system, and she was for a while the Editor-in-Chief of the New England Journal of Medicine. On 15 January 2009, Dr. Angell headlined “Drug Companies & Doctors: A Story of Corruption”, and wrote:

Conflicts of interest pervade medicine. … It is simply no longer possible to believe much of the clinical research that is published, or to rely on the judgment of trusted physicians or authoritative medical guidelines. I take no pleasure in this conclusion, which I reached slowly and reluctantly over my two decades as an editor of The New England Journal of Medicine. … So many reforms would be necessary to restore integrity to clinical research and medical practice that they cannot be summarized briefly. Many would involve congressional legislation and changes in the FDA, including its drug approval process. But there is clearly also a need for the medical profession to wean itself from industry money almost entirely. … Breaking the dependence of the medical profession on the pharmaceutical industry will take more than appointing committees and other gestures. It will take a sharp break from an extremely lucrative pattern of behavior. But if the medical profession does not put an end to this corruption voluntarily, it will lose the confidence of the public. …

She had said, nine years earlier:

If we had set out to design the worst system that we could imagine, we couldn’t have imagined one as bad as we have. … Our health care system is based on the premise that health care is a commodity like VCRs or computers and that it should be distributed according to the ability to pay. … That market ideology is what has made the health care system so dreadful, so bad at what it does. … That is a fundamental mistake in the way this country, and only this country, looks at health care. … The only way to both reduce cost and increase access and quality is to change the system, to scrap it and start over. … I would pay for health care in a single payer system, and what goes into that pot can vary. In Germany, employers have to contribute to that pot. I don’t think that’s a good idea. I would rather see it come straight out of tax revenues.

Experts who are that public-spirited and knowledgeable about the system should be appointed by U.S. Presidents to lead the FDA and the Department of Health and Human Services, but the billionaires prevent that (of course).

On June 27th, NPR headlined “After Pushing Lies, Former Cigna Executive Praises Canada’s Health Care System”, and interviewed a retired PR executive for America’s health insurance companies, who said that maybe the work that he had done smearing Canada’s socialized health insurance — “to spread misinformation about Canada or use cherry-picked data and anecdotes” so as to deceive Americans to accept America’s existing medical system — was partly to blame for America’s having performed significantly worse than Canada had done on the coronavirus crisis. (As of 29 August 2020, Canada had 3,378 cases per million and was the 76th worst out of 215 countries, whereas U.S. had 18,522 cases per million and was the 9th-worst. On deaths, Canada was the 27th-worst at 241, whereas U.S. was the 11th-worst at 564.)

America’s billionaires derive the vast majority of their net worth from stocks (capital gains and dividends), and from interest that’s paid to them; and, since nothing does this for them better than healthcare investments, the current for-profit system in health care is terrific for them; and these few hundred people, billionaires, extract this wealth from the hundreds of millions of Americans, the general public, and want to continue doing so, and they consequently finance politicians such as Joe Biden and Donald Trump (and their predecessors, such as Bush and Clinton), and they also set up ‘charitable’ foundations, and donate to medical schools, so as to inculcate this libertarian belief, not just into the public, but especially into the students and professors, who receive that trickle-down from them, as employees and future employees. While many in academe are against it, they’re not the ones who get advanced to the prestigious and high-paid positions. “He that pays the piper calls the tune.” It’s top-down (aristocracy), and it only pretends to be bottom-up (democracy). And, so, the corruption continues, and Americans die younger, and poorer, because of this aristocratically controlled system. It’s the American way. It’s the American system. Of corruption. Americans call it “capitalism.”

Of course, another area in which the U.S. Government is extraordinarily corrupt is its Military-Industrial Complex; and, on August 28th, a former top official of the NSA, Bill Binney, provided, online, an in-depth description of what he personally knows about that. His personal knowledge is enormous concerning within the Government itself, but not outside it — i.e., not regarding the corporations and billionaires who control the economic rewards system that the top public officials, who typically are agents of the “Deep State” (the billionaires), are serving. However, what he says there is informative and highly reliable regarding the way that the Government’s bureaucracy itself functions, and he is extraordinarily honest about the intense corruption within the official Government. He makes clear that the U.S. Constitution is being systematically and routinely violated by top U.S. officials; so, the U.S. Government routinely violates the U.S. Constitution, in this ‘democracy’, where the system functions like clockwork, for the billionaires.