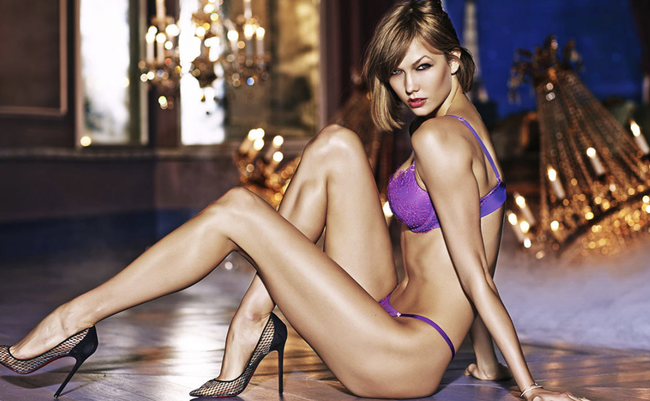 
In what is almost certainly a desperate ploy by her publicist to try and mitigate the career liability that comes with being Jared Kushner’s sister-in-law, supermodel, Project Runway host and “Koding with Klossy” founder Karlie Kloss has reportedly signed on to do a Biden-Harris campaign event.

According to media reports, Kloss has a chilly relationship with her in-laws and brother-in-law, who reportedly refused to accept her in the family because she’s a “shiksa” – not a Jewish woman. Jared Kushner and his parents have reportedly dismissed Kloss as “the lingerie model” in private discussions with friends.

Kloss was recently confronted during an episode of “Project Runway” about her relationship to the Kushners in a moment that grabbed headlines in the gossip world, and even bled into the political news cycle.

Kloss will take participate in an event about women in STEM hosted by the Biden campaign. Kloss doesn’t work in STEM, but she did found a non-profit coding bootcamp for young girls called “Kode with Klossy”. Kloss will join Reshma Saujani, founder of Girls Who Code, and a host of other speakers.

Karlie Kloss, who is married to Jared Kushner’s brother Joshua, will campaign for Biden this week pic.twitter.com/VxIGDNngR3

Maybe Kloss can convince her on-again, off-again bestie Taylor Swift to tag along next time?