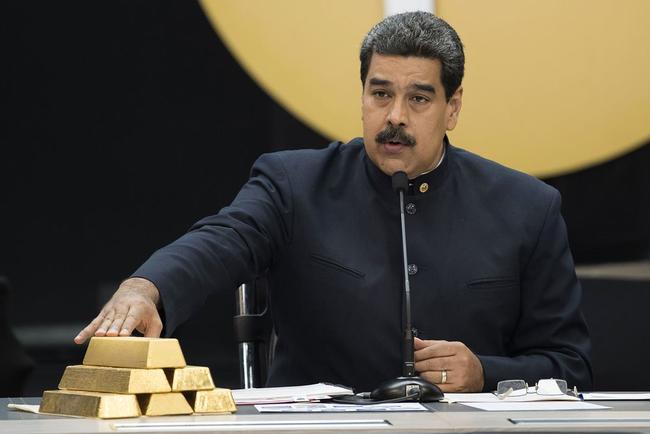 
Is gold money? Venezuelan President Nicholas Maduro sure seems to think so.

Having exhausted all other options and having run out of space on its paper currency to print more zeros, Venezuela has grapsed on to the idea that gold mining is likely going to be its answer to get itself out of economic ruin. As a result, the country is now pushing into some protected areas of the Amazon to expand its gold mining. In fact, the amount of land used for mining has “more than tripled” since March of last year, according to Bloomberg. In April of this year, more new lots for mining were authorized, foreshadowing further geographic expansion into the back half of 2021.

The broke Venezuela government is be trying to formalize and coalesce around a gold industry that has been mostly illegal and is best known for destroying natural resources throughout the country. In a move that will send the blood pressure of ESG advocates around the world soaring, authorities are now supplying equipment and offering help in hopes that new gold will be sold to the government no matter the environmental consequences.

Venezuela remains crippled by U.S. sanctions and reduced oil output, which has made gold an easy resource for President Nicolas Maduro to focus on. Maduro has already sold reserves to allies like Iran while fighting to have the country’s bullion held abroad to be repatriated. By mining new gold, he is now looking to “tap surging prices of the metal”, according to Bloomberg.

Mining is now starting to infringe upon national parks and protected areas.

Tina Oliveira, Amazon director of Wataniba, said: “Mining areas in the Venezuelan Amazon have grown chaotically, even in areas surrounding towns and cities.”

Mining Minister Gilberto Pinto, said: “Our policies are focused on the use of new technology as to reduce irreversible environmental modification. Remediation clauses in our joint-venture contracts are very strict.”

Opposition lawmaker Olivia Lozano said: “The regime handed out lots of mining areas to its allies, who mine gold and split it with the government, then ship it abroad.”

The mining region of Piar is being sent machinery and office trailers by the government to help with the efforts. Materials are then being processed at the “Manuel Piar complex in Ciudad Guayana, run by state-owned Corporacion Venezolana de Mineria, and guarded by intelligence police and the military.”