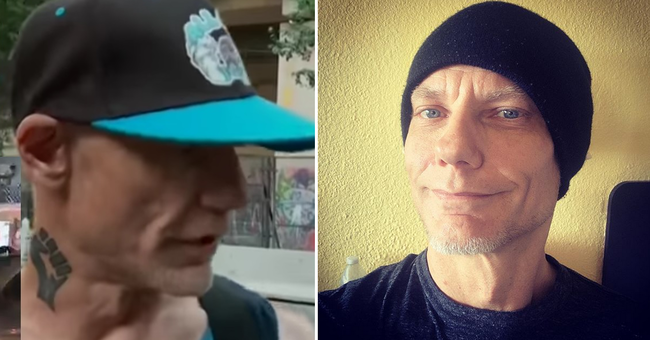 
Portland police are investigating a 48-year-old man in the fatal shooting of a Trump supporter on Saturday night, according to Oregon Live, citing sources familiar with the case but not authorized to discuss it. He was also identified as the man captured in photos and video leaving the scene of the shooting just before 9 p.m. on Saturday.

Hours after the murder of Patriot Prayer supporter Aaron Danielson (a.k.a. Jay) was captured on grainy film, users of the popular image board 4Chan used video footage and social media evidence to correctly identify the suspected shooter as Michael Forest Reinoehl, a former snowboard pro, construction worker and self-admitted member of Antifa, as reported on Sunday by Summit News and The Gateway Pundit.

Reinoehl’s sister confirmed it was him:

Reinoehl’s 36-year-old sister said she was awakened just before 8 a.m. Sunday by a threatening phone call from someone who told her that “our whole family was in danger unless we turned him over.”

“That’s how I found out,” that her brother was allegedly involved, she told The Oregonian/OregonLive.

She called Sandy police to report the threat, she said. Once she looked online and saw screenshots of her brother’s photo, she said she called Portland detectives.

“We reached out to police and confirmed that we recognized Michael in the screenshots,” she said. She asked that her name not be used because of the threats.

Michael Reinoehl has been estranged from the family – including her, their parents and a younger brother – for at least three years, his sister said. –The Oregonian

“Every Revolution needs people that are willing and ready to fight. There are so many of us protesters that are just protesting without a clue of where that will lead. That’s just the beginning that’s that where the fight starts. If that’s as far as you can take it thank you for your participation but please stand aside and support the ones that are willing to fight. I am 100 % ANTIFA all the way! I am willing to fight for my brothers and sisters! … We do not want violence but we will not run from it either! … Today’s protesters and antifa are my brothers in arms,” Reinoehl wrote in a June 16 Instagram post.

Reinoehl was arrested two months ago – and faces charges including unlawful possession of a gun, driving while under the influence of a controlled substance, driving while suspended and uninsured and recklessly endangering another after he was busted on June 8th street racing various other drivers, including his 17-year-old son, at speeds up to 111 mph while his 11-year-old daughter was in the car, according to police.

A loaded Glock pistol, “unidentified prescription pills,” and marijuana were found inside the car. A month later, he was busted again.

Reinoehl’s posts indicate he attended many protests in Portland that began three months ago after the death of George Floyd in Minneapolis under the knee of a police officer.

On July 5 at one of the demonstrations, Reinoehl was cited at 2:10 a.m. in the 700 block of Southwest Main Street on allegations of possessing a loaded gun in a public place, resisting arrest and interfering with police

He was given a date to appear in court later that month, but the allegations were dropped on July 30 with a “no complaint,” according to court records. The documents don’t indicate why prosecutors decided not to pursue the accusations. Reinoehl spent no time behind bars. –Oregon Live

Meanwhile, Danielson’s murder may have been part of an organized hit – as people can be heard in footage of the incident shouting “We’ve got one right here! We’ve got a couple of them right here!” before gunshots could be heard.

It was an execution.

The blood of this man is on the head of feckless leftist leaders like Ted Wheeler! What did he thing was going to happen after 100 days of violence and chaos?

Interestingly, a woman identified as Sierra Boyne who could be seen rushing to Danielson’s aid following the shooting claims to be a medic who was shoo’d away from the victim, and has asked for donations – yet her Twitter profile says she’s a ‘tired college student and aspiring model.’

Given the fact that she was on scene within seconds, police may want to talk to her about the incident.

Interestingly, Reinoehl was interviewed by Bloomberg in late July, where a BLM tattoo was matched to footage of him from Saturday night.

According to Oregon Live: “Video images of the fatal shooting captured a tall, thin white man in a hat and white tube socks running from the scene at Southwest Third Avenue and Alder Street around 8:45 p.m. Screenshots zeroed in a tattoo of a fist on the man’s neck.

The grainy video and other photos, together with witness statements from live streamer Justin Dunlap, suggest the victim may have used some type of mace or pepper spray and then collapsed after gunshots ring out.”

Read the rest of the report here, which includes more disturbing posts on social media.