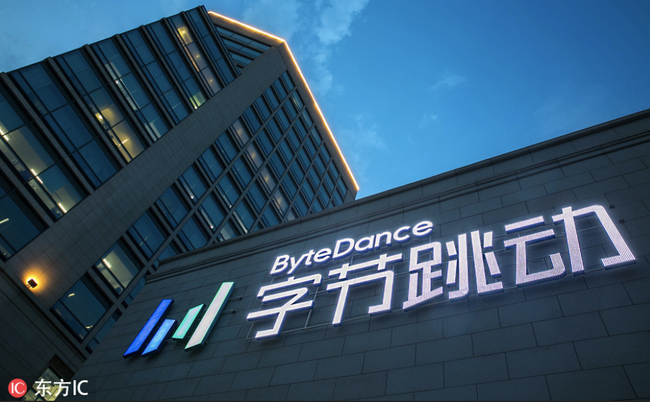 
Just a few days ago, the American business and political scene were transfixed by the unceasing stream of eyeball-poaching TikTok headlines: Oracle had joined the group of bidders. Then, Wal-Mart joined the fray. Then Wal-Mart – having apparently realized that running a Gen Z-focused, video-based social media platform might be outside its core competency – joined forces with Microsoft, becoming the newest front-runners in the race to a deal.

All this happened against a backdrop of increasing political turmoil, as TikTok’s American CEO, brought on to serve as a peacemaker to Washington, decided to quit after just 3 months on the job.

While Oracle’s rumored bid allegedly valued TikTok at $20 billion (in a mix of cash and stock), Microsoft & Wal-Mart were reportedly willing to pay $30 billion. The bids were supposed to have been submitted – with some last-minute players (including a group led by Centricus Asset Management Ltd. reportedly did some sniffing around) reportedly opting against making an offer (another investment group from Silicon Valley that included General Atlantic partners and some other early ByteDance investors also ended up on the list of also-rans) – by the end of the week. TikTok was supposed to have picked an offer to move forward – according to at least one report – within 48 hours.

That was three days ago.

Now, instead of a deal, it looks like they’re facing another roadblock. And with it, the latest – but not the first – hint that Beijing isn’t planning on letting President Trump walk away from this without trying to hinder his chances of reelection in the fall.

Because while the West was focused on all this deal news, the world apparently failed to notice an announcement published on the Ministry of Commerce’s website late Friday. A set of new export controls had been adopted, and the list included AI interface technologies such as speech and text recognition, as well as those that analyze data to make personalized content recommendations. Both of these – but particularly the second – are critical components of TikTok’s content-recommendation machine, widely credited with driving the app’s global popularity.

Though China’s typical ministry spokespeople wouldn’t comment on the new rules, a few CCP functionaries were apparently willing to explain the situation to Bloomberg in an “off the record” chat. According to them, Beijing isn’t trying to scuttle the sale; it’s merely trying to delay it until after the election to force President Trump to either make good on his threat to ban the app (which, keep in mind, has already been banned in India, previously one of its most popular markets), or balk and risk another embarrassing U-turn that could diminish his “tough on China” reputation.

The move, we imagine, will be considerably vexing for President Trump, who has labeled TikTok a national security threat due to Chinese laws requiring domestic companies to cooperate with Chinese state intelligence services. The company is also being investigated by American regulators for purported abuses tied to the personal data of minors (a huge portion of the app’s user base).

Barring TikTok carries another political risk: it would also bolster liberal conspiracy theorist’ claims that the president secretly blames the app and its cadre of young, politically engaged, users for the poor turnout at his Tulsa rally.

It could also potentially hurt his approval among younger voters, a large, if politically unmotivated, section of the population (you can ignore all those media reports about how engaged Gen Z is – all the available data shows they don’t vote).

On Aug. 15, President Trump issued a second executive order extending the deadline for ByteDance to sell or spin off its US operations for TikTok.

“There is credible evidence that leads me to believe that ByteDance…might take action that threatens to impair the national security of the United States,” Trump said in his order, issued Friday.

The new longer deadline was designed to increase the odds of TikTok making a deal before US tech giants like Apple and Google are forced to remove it from their app stores. TikTok is also suing the Trump Administration over the ban in the US courts (how convenient that they even have the option).

At this point, the most advantageous outcome for President Trump would be if the US courts shoot down his executive order. They have challenged his claims of national security before when it came to immigration.