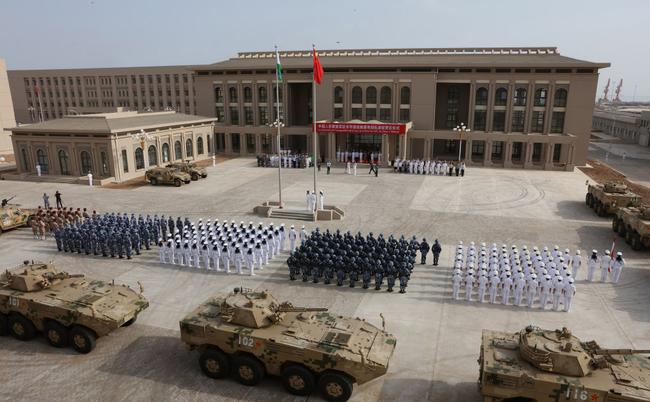 
Authored by Lawrence Franklin via The Gatestone Institute,

Chinese Communist Party Chairman Xi Jinping’s signature foreign policy proposal has been the “Belt and Road Initiative” (BRI) commercial and strategic program. At first, the network was pitched as a restoration of the ancient overland trade route, the “Silk Road,” that linked China to Europe. This “New Silk Road,” like its predecessor, would traverse the vast steppes of Central Asia — but the contemporary BRI is allegedly meant to serve also as an economic boon for all the countries along the route.

Xi quickly followed the overland BRI with a maritime version, presumably to connect Chinese ports on the South China Sea to seaports in the Indian Ocean, continuing on to the Middle East states and ultimately reaching European ports. Initially, these proposals had only involved countries along BRI routes.

The economic benefits, however, of some of these deals between China and poor “Third World” countries in Africa and Latin America are questionable. A few of these bilateral packages appear contrived to imprison already impoverished states into realms of permanent economic vassalage to China.

The BRI networks clearly intend to benefit China, either by stimulating an enormous increase in commerce, or, when debts cannot be repaid, by appropriating whatever assets China selects. China, as the world’s largest importer of oil, will be able to diversify its sources of petroleum as a consequence of several bilateral BRI deals. China most likely also hopes to secure political benefits through BRI arrangements. Countries participating in China’s BRI, and generally friendly to the US and its allies, might shy away from supporting the West’s national security concerns for fear of losing large Chinese investments in their local economies.

There is already plenty of evidence concerning some BRI participating states of muting criticism of China’s poor record on human rights. Many Islamic countries, for example, remain silent on China’s near-genocidal treatment of millions of Muslim Uyghurs in its northwestern province of Xinjiang. Some Muslim states have even praised China’s domestic policies toward Xinjiang’s ethnic Uyghurs. Not one Muslim-majority state voted to condemn treatment of the Uighurs in support of the West’s UN resolution to publicly sanction Beijing.

Critics of China’s BRI program point out that Chinese loan agreements lack transparency and that contracts sometimes serve China’s interests in a racketeering way, oblivious to local concerns. Sri Lanka, for instance, after having failed to meet its debt obligations to China, ceded the port of Hambantota to Beijing. Venezuela delivers oil to China instead of its worthless currency. Ecuador, in the first full year of Xi’s presidency, already was exporting 90% of its oil to China, perhaps even below the world market price. In addition, Ecuador cannot seem to prevent the rape of its marine life just on the edge of its sovereign maritime economic zone by hundreds of Chinese fishing boats near the Galapagos Islands. “They just pull up everything!” said a sea captain who asked not to be named.

Critics also accuse China of favoring BRI contracts with countries that have authoritarian regimes. Beijing has invested in Zimbabwe in Africa, Laos in Southeast Asia, and Venezuela in South America. A new, particularly ominous Western criticism is that China distributes its facial recognition technology to BRI-affiliated countries where Chinese surveillance systems have been installed, in states such as Bolivia, Venezuela and Ecuador.

China’s disregard for the human rights of its own citizens not surprisingly extends to the rights of the citizens of its host nations. China’s extraction of raw materials and minerals in Ecuador, for instance, has elicited protests by the Shuar and Waorani natives, concerned about the environment. While some of China’s infrastructure projects are beneficial but costly — such as the construction of a rail line in Kenya from the capital Nairobi to the main port of Mombasa — others are “white elephants.” One such marginally useful project is a road built by Chinese engineers from Uganda’s capital Kampala to the country’s international airport at Entebbe. The project is expected to improve traffic but will have little to no other benefits — apart from moving local resources to China.

An additional shortcoming of the massive outlay of Chinese loans that finance infrastructure projects are that host nations are forced to put up with what CCP Chairman Xi calls “Chinese characteristics.” When Beijing settles on an infrastructure project, large numbers of Chinese workers arrive in the host country, establish their own living area, complete the project and then leave. There is little or no hiring of local workers or training of locals in skills that could exact a benefit from the extended presence of China’s skilled professionals. Some Chinese teams even bring their own chefs and rarely engage in social activities with the citizens of the host nation.

The objectives of China’s global BRI programs are clearly as much strategic and political as they are economic. BRI projects seem not designed so much to win new friends as to win new dependents, especially in areas either neglected by the West or in the Western sphere of influence.

The ultimate objective of the global dimension of China’s BRI enterprise appears to be geared toward replacing the existing political, military and economic dimension of the West’s liberal democratic order — again not surprisingly — with one dominated solely by the Communist Party of China.

Dr. Lawrence A. Franklin was the Iran Desk Officer for Secretary of Defense Rumsfeld. He also served on active duty with the U.S. Army and as a Colonel in the Air Force Reserve.