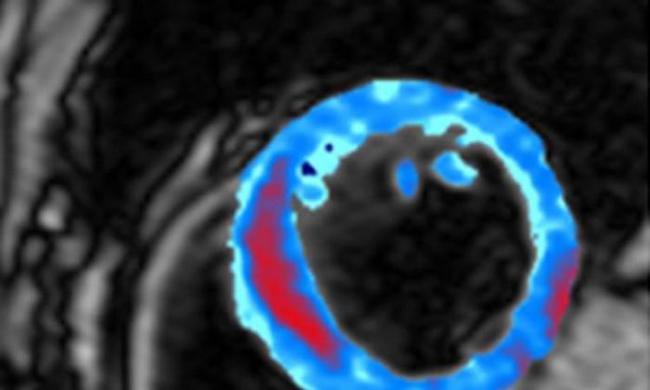 
Authored by Alan McDonnell via The Epoch Times,

The Trump Administration announced awards of more than $1 billion Wednesday for the establishment of 12 new artificial intelligence (AI) and quantum information science (QIS) research & development institutes across the United States. The administration says it is taking the action to ensure American leadership in what it termed “industries of the future,” which include 5G and other critical technologies.

With the support of the White House, the National Science Foundation‘s (NSF’s) AI Research Institutes and the Department of Energy’s (DOE’s) QIS Research Centers will serve as hubs for innovation and research & development.

The Trump Administration announced $1 BILLION for new @NSF AI and @ENERGY Quantum research institutes. Together, the institutes will:

“Today, the Trump Administration is making an unprecedented investment to strengthen American leadership in AI and quantum, and to ensure the Nation benefits from these emerging technologies. Built upon the uniquely American free market approach to technological advancement, these institutes will be world-class hubs for accelerating American innovation and building the 21st century American workforce,” said U.S. Chief Technology Officer, Michael Kratsios in a statement.

The technology chief said that such technologies were currently being used to fight the Chinese Communist Party (CCP) virus.

“The U.S. is using every tool at its disposal to defeat the novel coronavirus, including artificial intelligence,” Kratsios wrote in an Op-Ed published in the Wall Street Journal on May 27.

However, AI technology is not only being used to combat disease, he cautioned.

“At the same time, AI is being twisted by authoritarian regimes to violate rights. The Chinese Communist Party is reportedly using AI to uncover and punish those who criticize the regime’s pandemic response and to institute a type of coronavirus social-credit score – assigning people color codes to determine who is free to go out and who will be forced into quarantine.”

According to a National Strategic Overview for Quantum Information Science report from 2018 (pdf), the United States can harness quantum information science to “improve its industrial base, create jobs, and provide economic and national security benefits.” The report mentioned previous examples of American scientific ingenuity that laid the foundation for a host of critical modern technologies.

“Prior examples of QIS-related technologies include semiconductor microelectronics, photonics, the global positioning system (GPS), and magnetic resonance imaging (MRI),” the report said. “These underpin significant parts of the national economic and defense infrastructure. Future scientific and technological discoveries from QIS may be even more impactful.”

“The Department of Energy is a staunch supporter of cutting edge research to advance quantum information science,” said Secretary of Energy, Dan Brouillette, in a statement. “I am proud to lead an Agency committed to developing industries of the future by making investments today to accelerate American innovation.”

In a joint statement from The White House, Kratsios and the Deputy Chief of Staff for Policy Coordination, Chris Liddell, said that

“The establishment of these new national AI and QIS institutes will not only accelerate discovery and innovation, but will also promote job creation and workforce development. NSF’s AI Research Institutes and DOE’S QIS Research Centers will include a strong emphasis on training, education, and outreach to help Americans of all backgrounds, ages, and skill levels participate in our 21st-century economy.”

The White House statement says the administration also views the research facilities as a manifestation of the United States’ free-market approach to the advancement of technology, as they leverage the efforts of the Federal government, American industry, and academia for the betterment of the Nation.

“As history has shown, America is a country of thinkers, doers, and innovators,” Kratsios and Liddel said. “The United States is the proud home of the greatest technological breakthroughs the world has ever known, from creating the modern Internet to putting humans on the moon. Emerging technologies like AI and QIS will lead to transformative benefits for the American people in healthcare, communications, manufacturing, agriculture, transportation, security, and beyond.”

A total of 7 AI research institutes will receive funding to the tune of $140 million over 5 years from the NSF and other federal partners, and will focus on the fields of synthetic manufacturing, machine-learning, precision agriculture, and forecasting prediction. The research efforts will be carried out at universities including the Universities of Oklahoma, Texas, Colorado, Illinois, and California, and at Massachusetts Institute of Technology.

As the largest non-defense funding body for research & development in the field of AI, the NSF plans to make over $300 million in awards over the coming years.

In order to set up the QIS research centers, the Department of Energy will award $625 million over the next five years to the Oak Ridge, Argonne, Brookhaven, Fermi, and Lawrence Berkeley National Laboratories. In addition, the private sector will provide a further $300 million in funding.