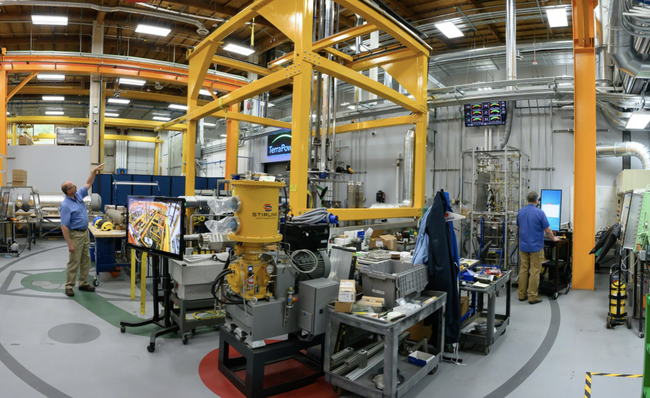 
Here comes the next Bill Gates project which, like his others, aims to solve climate change and save the planet. However, this time, some of the critics of Gates & Co.’s approach have warned that the advanced nuclear power plants he’s now trying to build (which would “supplement” the northwest’s power grid) might be vulnerable to terror attacks due to high levels of enriched uranium.

In a report published Thursday, Reuters revealed, for the first time, a new campaign by the Gates-controlled TerraPower LLC (Gates is chairman of the company’s board) to build commercial advanced nuclear energy plants called “Natrium” in the US later in the decade. The project will focus on the Pacific Northwest, where Gates has won the backing of three major utilities in the region, including Berkshire Hathaway-owned PacifiCorp (of course Gates’ best buddy Warren Buffett was more than willing to help out, we imagine).

After President Trump scrapped a plan to build these advanced power plants in and around Beijing, Gate’s TerraPower was forced to shift its focus back to the US, according to Reuters.

If the initial plants are a success, the company hopes to build them across the US, and abroad, hoping to provide a means of buttressing energy grids that are increasingly dependent on renewable power like solar and wind. By mid-century, “we would see hundreds of these reactors around the world, solving multiple different energy needs,” said Chris Levesque, the president and CEO of TerraPower, said. The 345-megawatt plants would be cooled by liquid sodium and cost about $1 billion each, and the complex technology would allow for the introduction of nuclear energy in countries that don’t have those resources like…say…Iran?

And via this “Molten Salt Power Storage” technique, these new-age nuclear power plants could shut down and store energy for days when the grid isn’t as well supplied.

Nuclear power is a top source of virtually emissions-free electricity, but many plants are shutting in the United States because of high costs and competition from solar and wind. Critics of advanced nuclear have also warned that smaller nuclear is even more expensive than conventional. The new plants, however, are designed to complement a renewable power because they will store the reactor power in tanks of molten salt during days when the grid is well supplied.

The nuclear power could be used later when solar and wind power are low due to weather conditions. Molten salt power storage has been used at thermal solar plants in the past, but leaks have plagued some of the projects.

Even though questions about practicality and affordability continue to plague the project, Gates and Levesque insist that nuclear power can be an important component of a “fossil fuel free” energy grid.

However, nonproliferation experts warn that these plants could become targets for attack because their uranium fuel would be even more highly enriched than conventional nuclear fuel.

The Gates Foundation has been given wide latitude by the press (because Gates owns the press) to experiment with its public health initiatives, but some projects have been criticized for making the situation in impoverished nations worse, not better.

When it comes to privatized nuclear plants, the margin for error is a lot more unforgiving.