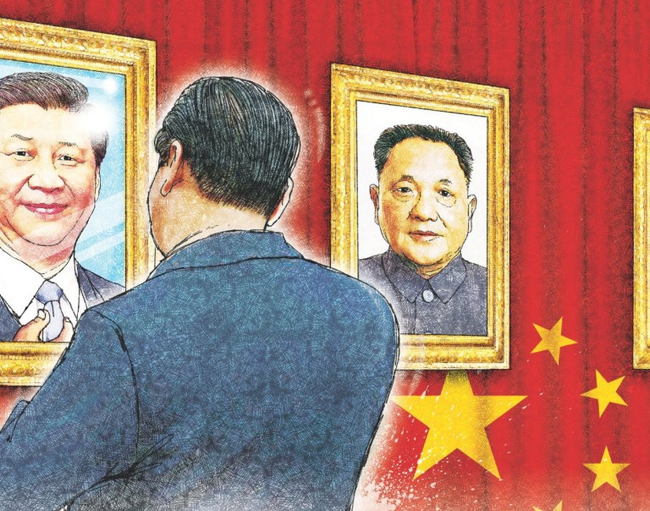 New analysis in FT, citing Beijing-based analysts, says yes concerning a title which hasn’t been used in decades, which like Mao would certainly grant Xi the prestige to permanently enshrine his power (well beyond his presidential mandate) and purge internal rivals and enemies with ease.

Explains FT, this is likely ultimately what’s behind his ongoing his multiyear, anti-corruption battle which has just last month became more intensified. At moment, he enjoys the slightly less impressive title of General Secretary of the Chinese Communist Party.

“We cannot rule out that there will be further changes to the party charter or that Xi will get a new title to further emphasize his status above other leaders on the politburo standing committee,” he added.

The anti-corruption campaign launched last month to target the party’s legal and domestic security apparatus kicked into a higher gear last week when the Central Commission for Discipline Inspection announced a probe into Gong Daoan, the Shanghai police chief and the highest-ranking official to fall since Mr Xi’s second term began in 2017.

At least thirty top party officials have already fallen in Xi’s anti-graft initiative, which some say is reminiscent of Mao’s infamous first major party purge in 1941, dubbed the “Yan’an rectification movement” which paved the way for the founding father of the People’s Republic of China being declared chairman.

Similar to what’s been speculated of his Russian counterpart Putin’s grand long-term ambitions – and it should be noted the two have been increasingly chummy over the past few years as they find a common enemy in the United States – Xi’s path to a resurrected chairmanship title would ensure his clinging to power far beyond a second term.