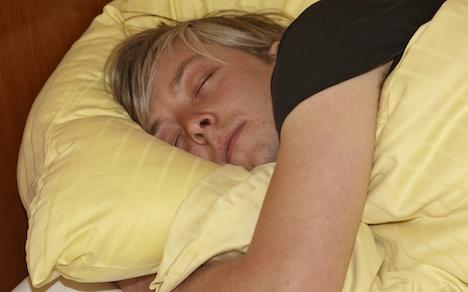 
Germany’s University of Fine Arts in Hamburg is offering “idleness grants” to applicants who can convince them they’d make the best of their “active inactivity,” according to The Guardian.

Three €1,600 (US$1900) scholarships will be awarded to applicants from across the country, who will need to convince a jury that their “active inactivity” will result in an impressive or relevant use of their time.

The idea behind the project arose from a discussion about the seeming contradiction of a society that promotes sustainability while simultaneously valuing success, Von Borries said. “This scholarship programme is not a joke but an experiment with serious intentions – how can you turn a society that is structured around achievements and accomplishments on its head?” –The Guardian

Upon the delivery of an “experience report” in mid-January of next year, the university’s bursary will hand out the grants. According to von Borries, if awardees fail to live up to their planned “inactivity,” they won’t be punished. So, laziness all around.

So, applicants are encouraged to set realistic goals.

Once the applications are in, they will be included in a November exhibition named The School of Inconsequentiality: Towards A Better Life, which will revolve around the question: “What can I refrain from so that my life has fewer negative consequences on the lives of others?”