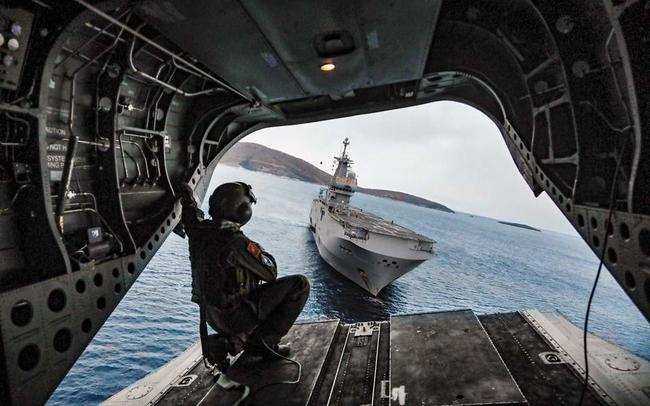 
President Recep Tayyip Erdogan has vowed to make “no concessions” with Greece amid the rapidly escalating eastern Mediterranian gas exploration dispute, declaring Turkey will “do whatever is necessary” to secure its territorial rights in Wednesday remarks commemorating an ancient battle which saw Seljuk Turks victorious during an engagement with the Byzantine empire in the 11th century.

“We don’t have our eye on someone else’s territory, sovereignty and interests, but we will make no concessions on that which is ours,” Erdogan said, while urging that Greece must “avoid wrongs that will be the path to ruin”. He underscored “We will not compromise what is ours… We are determined to do whatever is necessary.”

This even as Macron’s France has jumped fully onboard to defend Greece and Cyprus’ cause in preventing breach of their maritime territory and Exclusive Economic Zones (EEZ).

France has since confirmed deployment of its ‘Lafayette’ frigate and three Rafale fighter jets to Cyprus, also as what’s being described as a “massive maritime exercise” is underway in the eastern Mediterranean on Wednesday involving Greece, Cyprus, France and Italy.

Called the “Eunomia” military exercise, it’s a clear and firm signal to Turkey meant to – as Greece’s defense minister said, reinforce “the rule of law as part of the policy of de-escalating tensions.”

“the initiative… aims to demonstrate the commitment of the four European Mediterranean countries to the rule of law as part of the policy of de-escalating tensions.”

The drills are set to run from Wednesday through Friday of this week.

Ironically enough this pits NATO allies against one another, with the EU recently firmly coming down on the side of defending Greek and Cypriot claims over and against an expansionist Turkey eager to gain hydrocarbon resources in the region, toward the goal of greater energy independence.