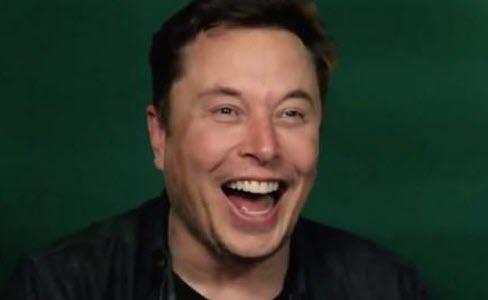 
Of all the subsidies Elon Musk has received for Tesla, there has been none bigger than the Fed injecting trillions into the stock market to buoy stock prices in the midst of one of the worst recessions the country has ever seen.

And helping along the Fed are regulators, who seem to be perfectly content in Tesla’s mysterious and bewildering stock spike that has seen its shares nearly 10x off lows over the course of less than 18 months on little material news.

It’s these subsidies, combined with regulatory impotence, that have pushed Elon Musk’s net worth to well over $100 billion.

And if you don’t think the system is broken yet, keep in mind that Tesla has an accumulated deficit over its lifespan of about $6 billion. This means the company has lost $6 billion more than it has generated in profits and paid out in dividends.

While much of the story this week was Amazon’s Jeff Bezos watching his net worth balloon to over $200 billion, Tesla CEO Elon Musk’s net worth breached the $100 billion mark at the same time, according to Bloomberg. The difference, of course, is that Bezos runs a sustainable and consistently profitable business while Musk runs a three-ring circus out of a tent in Fremont.

Neither Bezos nor Musk would have achieved such milestones of wealth had the Fed not intervened in the markets months ago. The income inequality is getting to a fever pitch that people are finding hard to ignore.

And what better way to fight a problem than with more problematic thinking? That’s what Bernie Sanders is proposing. Rather than bringing his beef to the Fed, where it belongs, he would rather simply confiscate wealth from billionaires.

In addition to Musk and Bezos, other billionaires worldwide have been the beneficiary of global monetary policy as well. India’s Mukesh Ambani tacked $22.5 billion onto his net worth this year as well. Mark Zuckerberg’s net worth also eclipsed $100 billion earlier this month.

Regardless, the public is starting to wake up:

Bezos got $86 billion richer this year while 30 mil were out of work, putting his net worth over $200 bil.

Directly a result of the Fed printing trillions to prop up the stock market, while giving most people $1,200.

Fed policy doesn’t help us, it WIDENS the inequality gap.