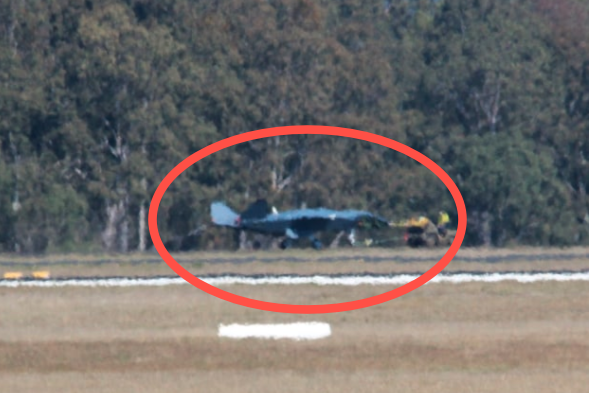 Boeing Australia announced in early 2019 that ATS would be manufactured at the Boeing Phantom Works in Brisbane. Since then, not much has been revealed about the ‘top secret’ stealth drone project until now:

Spotted on the tarmac at an undisclosed location, possibly at the RAAF Base Amberley, ATS was conducting taxi trials ahead of its first test flight, reported Australian Defence Magazine (ADM).

“The first ATS aircraft is currently undergoing ground testing, which will be followed by taxi and a first flight later this year,” a Boeing spokesperson told ADM and declined to provide a location and exact trial details.

ATS is a stealth unmanned aerial vehicle that can autonomously fly with RAAF aircraft, such as the F-35, F/A-18E/F, and E-7A Wedgetail, to provide defense and surveillance support while on combat missions. It will be the first aircraft designed and developed in Australia in over five decades.

Boeing ATS program director Shane Arnott told ADM that ATS’ payload would be dependent on the needs of the mission of the customer. He revealed the drone is powered by a commercial turbofan engine but wouldn’t disclose any other information.

The rise of Skynet continues…