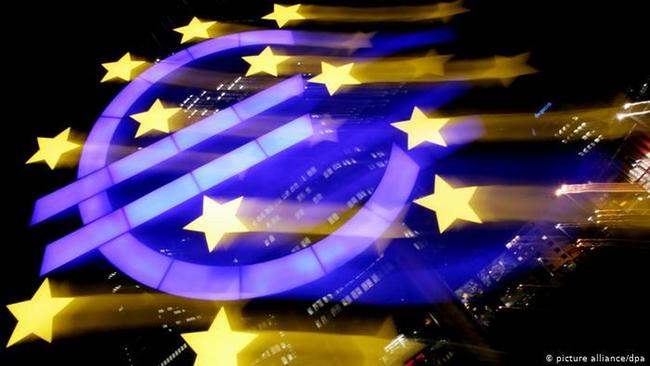 Given the way the euro has been rallying in the foreign exchange markets over the past three months, you would be forgiven for thinking the currency has become a beacon of stability in uncertain times. You couldn’t be further from the truth.

The rebound in the euro is simply the flip side of the US dollar being undermined by growinguncertainty about the upcoming US presidential election in November and how the US authorities are coping with the coronavirus crisis. Global investors are simply taking time out from long dollar exposures, and euro bulls are simply filling a temporary void. It won’t last long.

The euro is living on borrowed time and the deepening monetary muddle in Europe won’t help the currency once the dust settles on the US elections. The euro looks overvalued and a prime target for an ambush later this year. Europe’s monetary pacesetter, the European Central Bank, seems to be fighting a losing battle, struggling to keep the European economy from slipping into a deeper recession.

The more policy stimulus the ECB throws into the ring, the greater the damage to its monetary reputation, and to little avail so far.

Despite close to 3 trillion euros of assets purchased so far under the ECB’s quantitative easing programme and interest rates steeped in negative territory, the economy of Europe is showing precious few signs of a return to normality.

Europe’s three biggest economies, Germany, France and Italy, are all stuck in recession with little chance of output reaching pre-pandemic levels until 2022. Rumblings about throwing too much good money after bad are no surprise. The ECB’s defence is that it has no alternative, otherwise Europe might suffer an even worse fate.

Germany has given up the ghost on trying to control the ECB’s monetary excesses. There seems to be a palpable sense of “if you can’t beat them, join them” for the sake of presenting aunited front and avoiding a damaging public row. In the pre-euro days, tough Bundesbank policies and the strong Deutschmark were solid anchors of the European monetary system, implacable yardsticks which helped other European countries govern their own performances.

These days, Frankfurt’s fiduciary responsibility seems to have been quietly abandoned in favour of political expediency, economic survival and a softening in standards. The ECB has abandoned Germany’s monetary rigour, spending its way out of recession through debt monetisation and underwriting Europe’s explosive fiscal expansion in the process. The forefathers of the Deutsche Bundesbank would turn in their graves.

The worry for markets is that the triple-A-rated ECB’s vaults are bursting with a surfeit of lower-quality debt from nations like Italy, Spain, Portugal, Greece and Ireland, countries which have required support in times of market stress in the aftermath of the 2008 crash.

Like in the US subprime crisis, it’s fine while the charade lasts, but once confidence begins to wobble, that is where the danger lies. It’s a bit like the tale of the emperor’s new clothes – once someone calls attention to the reality, the pyramid of risk starts to implode.

Whether it will come from a constitutional reckoning in Germany or a credit doom loop from a heavily indebted country like Italy remains to be seen. A small economy like  Greece almost brought the euro to its knees in 2012, so a bigger country could easily push the currency, the ECB and the euro zone past the point of no return.

Large holders of euros like China have been sorely tested before, but a major European credit event or acute political pressure could easily spark another euro debt crisis if confidence dives again. Up to 20 per cent of China’s US$3.15 trillion of foreign exchange reserves might be held in euro assets, a formidable wall of money for world markets to contend with if liquidation pressures rise.

China would be joined by a mighty throng of official and private sellers in the worst-case scenario. It could turn into a nasty bloodbath with euro-zone policy unity tested to breaking point.

The euro is only being supported by a weaker dollar right now, but the tide could turn abruptly for euro bulls before long. ECB coffers are not a bottomless pit and Germany’s patience might not be guaranteed forever. High noon is creeping up on the world and global investors must take care.