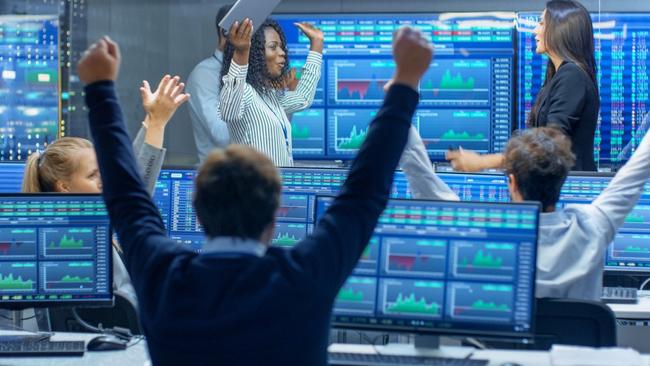 The ‘conventional’ nature of things

So, US stocks went up again.

That was about as much of a surprise as there being American flags at the online Republican National Convention, which being the governing party is obviously taking a very upbeat tone while warning how terrible everything will be if they aren’t in power in a few months’ time. (The inverse of last week, where at the DNC everything was seen as terrible, but capable of being wonderful if they are in office in January 2021. That’s called politics, folks.)

Why did stocks go up? Bloomberg reports the US-China trade deal is on track after a brief phone call. That’s as a NASA researcher is arrested on allegations of fraud related to China and as President Trump released a 50-point plan for what he will do if re-elected, which includes “END OUR RELIANCE ON CHINA; Bring Back 1 Million Manufacturing Jobs from China; Tax Credits for Companies that Bring Back Jobs from China; Allow 100% Expensing Deductions for Essential Industries like Pharmaceuticals and Robotics who Bring Back their Manufacturing to the United States; No Federal Contracts for Companies who Outsource to China; Hold China Fully Accountable for Allowing the Virus to Spread around the World”. Presumably those who bought CNY on the first headline didn’t read the other reports.

Why else did stocks go up? Reports the Trump White House will press ahead with the release of a Covid-19 vaccine even before the US election on 3 November. Aren’t equities where they are because of the off-the-charts level of fiscal and monetary support that has been pumped in due to the virus? Why should a sudden recovery from that threat be good for stocks if it means stimulus can then be wound down far sooner? Likewise, aren’t stocks being propped up by the Covid trend from an awful “New Normal” to a worse “Next Normal” that sees the destruction of small and medium-sized businesses and the further leviathan-like dominance of a handful of mega-cap, mega-corporations? Wouldn’t the ‘sudden end’ to the virus suggest that dynamic could be reversed? Or do we get to keep the mega-winners and the stimulus and lose Covid-19? Is that the stage of all-must-have-prizes we are now at?

Looking at this Fed, the answer is probably ‘Yes’; but they can lay out their thinking a little better at the virtual Jackson Hole retreat later in the week; which will be even less fun than the DNC or the RNC – and that is really saying something. However, it’s also where the actual power brokers arguably sit. That’s why the markets can listen to narratives that all is bad/good now and that all will be good/bad in mere months and just keep rallying anyway – because the narrative is being set elsewhere, at a convention where nobody wraps themselves in any flags.

That’s just the way the technocratic, central-bank-focused system is set up (or the ostensible absence of politics, folks)… and why the threat of “populism” that want to change to a system where politicians matter more is so real and so revolutionary for the markets. Not that the populists won’t want all to have prizes too, I guess.

[As an aside on the prizes issue, without naming names, three large firms are to drop out of the Dow Jones and will be replaced by three others. That’s part of the natural rotation of that index, but it also underlines the survivor bias: you’re in because you win. Yes, that is support to the view that it’s “always time to buy stocks”….but only the winners, please. You should also always choose to be a guitar player rather than a dentist as a sensible career option: but only if you are going to be the next Eddie Van Halen or Eric Clapton, etc.]