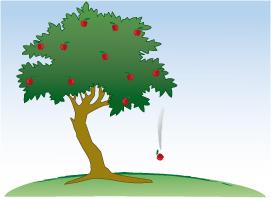 
Earlier this year, Morgan Stanley’s Michael Wilson was the first sellside strategist to turn aggressively bullish on the market, after correctly holding on to a contrarian bearish bet for the prior year, expecting that the flood of central bank liquidity and incipient reflation would push stocks to all time highs. Not long after, one by one his Wall Steet peers jumped onboard the bullish train which earlier today hit a new all time high when the S&P rose above 3,400 for the first time, printing at 3,425.

Which is why we read with interest Wilson’s Monday Morning note, in which the strategist who has demonstrated an uncanny ability to spot market inflection points warned that the collapsing market breadth is becoming a major concern for the market, and that while an entire market defined by just one stock – Apple – won’t derail the new bull market “we do think it’s a precursor to the first tradable correction, which could begin imminently.”

We bold the last word in that quote because it reminds us of what we published just yesterday, when we said that “Horrendous” Market Breadth “Stinks To High Heaven”, Screams Imminent Risk-Off” and incidentally those who read our article won’t find much new in the guts of Wilson’s latest note.

Echoing what we said, the Morgan Stanley strategist writes that “breadth continues to narrow with Friday’s price action perhaps the most extreme example yet. Just one stock, Apple, contributed 105% of the total return of the Nasdaq 100 and S&P 500 and 88% of the total return of the Dow Jones Industrial Average. For the week, the S&P 500 traded higher by 72bps to a new all-time high while the equalweighted S&P 500 traded down -1.5% and remains almost 8 percent below its all-time high back in February.” This, readers may recall, is taken directly from chart which we posted on Sunday, which showed the divergence between the equal-weighted S&P and the normal, cap-weighted index:

Continuing on this theme, Wilson next notes that the equal-weighted S&P is “also still below its June 8th high, which is when the % of stocks making 52-week highs peaked. Finally, the cumulative advance/decline line for the S&P 500 peaked on August 12th, failing to confirm the new all-time highs.”

Of course, for those watching the ever growing concentration of just a handful of stocks, this is not news…

… and in fact, as Wilson writes, “this narrowness in breadth has been one of the most discussed features of this rally. What’s interesting to us is the fact that breadth showed a dramatic improvement in the first several months of the rally from the March lows and was one of the factors that helped us declare a new bull market early on. It’s only been more recently that narrow breadth has become a potential concern in our view.”

To Wilson, the “bottom line” is that while he still remains overall bullish and still thinks we are at the beginning of a new cyclical bull market, “the recent extreme narrowness suggests that we are now ripe for the first meaningful/tradable correction. The question is—what will cause it?”

To Wilson, last week saw several developments which could have an overall negative impact on equity markets in the short term:

His answer is that the inability of rates to move meaningfully higher is directly related to the hold-up on fiscal policy and growing concerns about schools reopening, and staying open. Meanwhile, the dismal breadth shows that stocks have traded soft under the surface of the headline indices, “which are now being driven by just one stock—Apple.”

Ultimately, Wilson warns that a growth scare “should even start to weigh on Apple just as it’s weighed on reopening beneficiaries and some of the COVID leaders more recently.” Which, however, is good news, because if and when that happens, “Congress would be quick to act and potentially come through with a bigger stimulus than what is currently expected—i.e. $2.0-$2.5 trillion” leading to even more debt issuance from the Treasury, even more QE from the Treasury’s “helicopter money” tag team partner, the Fed, and even higher risk prices. An upside surprise combined with this week’s disappointing Fed minutes with respect to YCC is all that would be needed for a sharp move higher in back end rates, Wilson adds.

Morgan Stanley’s conclusion: “we expect a growth scare to be followed by a rate scare over the next several weeks/months that could finally give us that first tradable correction in the major US equity indices”, one which as he noted earlier, could begin imminently.

Judging by Apple’s stark intraday reversal when the stock sprinted to a new all time high of $515 out of the gate on some bullish whispers from – ironically enough from Morgan Stanley of all banks – only to turn red, we wonder if Wilson didn’t time the latest market inflection point to the day.