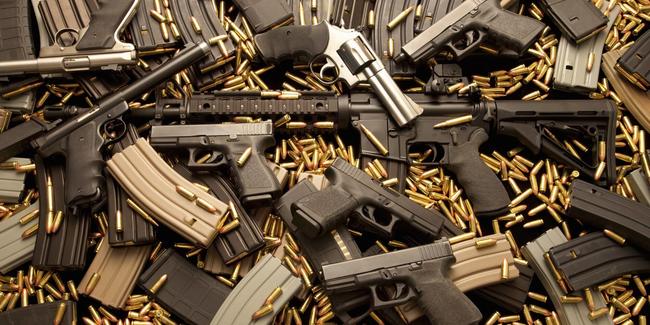 
Purchasing a gun is difficult these days, especially since demand is soaring as concerned Americans are arming up as the country transforms into a violent mess.

Readers have already been briefed, on multiple occasions, of the developing ammo shortage this year.

We first shined the spotlight on surging gun and ammo demand at the start of the virus pandemic. Then found demand for weapons and bullets rose in early summer as social unrest unfolded.

Now the Financial Times sheds more color from within gun and ammo manufacturers and distributors of the unprecedented demand in the last six months.

Arizona-based Ammo Inc, an ammunition manufacturer, reported 2Q20 revenues jumped 125% to $9.7 million. Fred Wagenhals, chief executive of Ammo, said there had been an “extraordinary” demand for its retail hunting, sports shooting, and self-defense products. He said the company is working through a record $45 million backlogs in orders.

Mark Hanish, Ammo’s president of global sales and marketing, described ammo demand for semi-automatic handguns and the AR-15 as “intense.”

“In past [election] run-ups, your traditional folks who were already gun owners would purchase more. This is brand new people,” Hanish said, attributing the influx of new buyers to the confluence of the pandemic, the election and concern about “civil unrest and uncertainty.”

Hanish said the spike in gun and ammo demand is more for self-protection rather than the fear of losing gun rights. As a result, he said, “I don’t expect people to go back to being complacent” should President Trump win in November.

Another company, Clarus Corporation’s Sierra ammunition brand, reported a 36% increase in sales in 2Q20. The company explained the rise in ammo demand is due to “social and civil uncertainties and the upcoming US elections.”

In July, Sturm, Ruger & Co. told investors gun sales were up as personal protection became popular with Americans following social unrest. The company reported a 47% increase in gun and ammo sales in 1H20.

Olin Corp, the owner of the Winchester brand, said 2Q20 ammo sales were the strongest since 2016.

If you haven’t figured out by now, America is getting more dangerous, society is imploding under the weight of depressionary unemployment – before you know it, there’s going to be a run on a bulletproof vest.