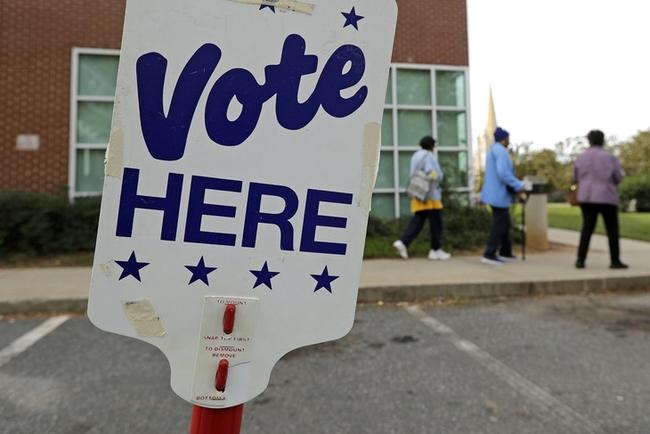 
Authored by Matt Margolis via PJMedia.com,

The Democratic National Convention heavily promoted the conspiracy theory that President Trump is dismantling or undermining the postal service in an attempt to suppress the vote or undermine the presidential election in November. Democrats clearly don’t want in-person voting in November, despite the high risk of fraud with mail-in voting.

While Democrats are trying to make people afraid to vote in person, the experts are saying it can be done safely.

And Joe Biden says that, unlike Trump, he’d listen to the experts.

Well, Dr. Fauci has insisted that in-person voting can be done safely.

“I think if carefully done, according to the guidelines, there’s no reason that I can see why that would not be the case,” Dr. Fauci told National Geographic.

“If you go into Starbucks in the middle of Texas and Alabama and Mississippi that have very high case rates, then I can’t say that it would be different waiting in line at the polls,” she said.

Even the notoriously liberal National Public Radio (NPR) seems to be admitting that in-person voting isn’t as risky as Democrats are suggesting, having reported this week that “new research suggests in-person voting may be less risky than many fear.”

The NPR report cites a new peer-reviewed study published in the American Journal of Public Health, which concluded that in-person voting in Wisconsin’s April 7 election did not cause a spike in coronavirus cases despite 400,000 people voting.

In that report, researchers from Stanford University’s Graduate School of Business and the University of Hong Kong’s School of Public Health call the Wisconsin election “a large natural experiment” for better understanding the coronavirus transmission risk.

The team found that hospitalizations in Wisconsin for COVID-19 cases “steadily declined throughout April,” dropping from a high of 101 on April 3 — four days before the election — to a low of 14 on April 18, according to data from the Wisconsin Department of Health Services.

There were 71 people, that agency reported in mid-May, who did test positive for the coronavirus who had either been poll workers or voted in person in Wisconsin’s balloting.

But the study noted that many of those cases involved people who had been exposed to the coronavirus in situations unrelated to voting.

“There is no evidence to date that there was a surge of infections attributable to the April 7, 2020, election in Wisconsin,” the study says.

“It appears that voting in Wisconsin on April 7 was a low-risk activity.”

If NPR of all places can report this, maybe Democrats should stop instilling fear in people about in-person voting.