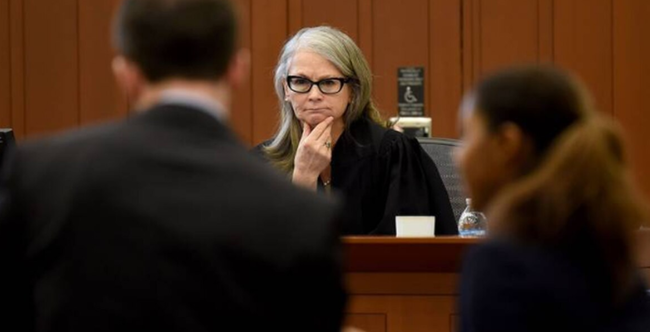 As remote learning creates more distance between school districts and students, school and state officials are clinging to control however they can. From sending Child Protective Services (CPS) agents to investigate charges of neglect in homes where children missed Zoom classes last spring, to proposing “child well-being checks” in homes this fall, government schools and related agencies are panicking over parents having increased influence over their children’s care and education during the pandemic.

A front page article in Boston Sunday Globe days ago describes the experiences of several parents who were interrogated by CPS agents last spring when their children missed remote classes or failed to submit homework assignments amidst pandemic-related school shutdowns. Some parents didn’t have Internet access and were blindsided by the CPS investigations of “virtual truancy.” One Latina mother featured in the Globe story is Em Quiles, who, like many parents last spring, scrambled to care for her children and continue to work during tremendous upheaval and uncertainty.

According to the Globe:

Then in June, Quiles was stunned to receive a call from the state’s Department of Children and Families. The school had accused Quiles of neglect, she was told, because the 7-year-old missed class and homework assignments.

“I couldn’t believe it,” she said.

Quiles lived one of the worst nightmares for a parent: A neglect charge, if substantiated, can lead to removing a child from their home.

While most of the parents featured in the Globe story were ultimately exonerated, previous interaction with CPS, even if unfounded, can act as a Scarlet Letter for parents, haunting them for years to come. More troubling, parents singled out for CPS enforcement are disproportionately low-income and minority, often lacking the resources to defend themselves against government overreach. According to the Globe: “Most of the families caught up in remote learning allegations are Latino or Black, groups that are likely to be overrepresented in state foster care at all times.”

School districts across the country have a history of activating CPS against parents who stray from a district’s command and control. An in-depth 2018 investigative report by The Hechinger Report and HuffPost revealed that schools increasingly use child protective services as a “weapon against parents” — especially parents who lack the means to fight back.

Kamala Harris: “We Are Putting Parents On Notice”

Truancy has long been a trigger for CPS investigations, and now virtual truancy seems poised to accelerate these practices during the pandemic. This is particularly concerning because, just as in typical truancy cases, virtual truancy is often prompted by factors other than parental neglect. Special needs students and students with disabilities or health conditions may have more school absences, and they may find virtual learning to be uniquely challenging. A 2019 HuffPost article entitled The Human Costs of Kamala Harris’ War on Truancy, found that strict truancy laws and enforcement terrorized families, with parents being pulled out of their homes in handcuffs and sent to jail.

Cheree Peoples, one of the parents spotlighted in the HuffPot piece, whose daughter missed school frequently due to sickle cell anemia, was awakened in the early hours by police officers who arrested her for truancy. She told the HuffPost: “You would swear I had killed somebody.”

The HuffPost article, revealed that then Democratic presidential candidate and now the presumptive Democratic vice presidential nominee, Kamala Harris, was responsible for much of the heightened aggression toward parents regarding truancy. As California’s attorney general, Harris was a crusader against truancy and was instrumental in toughening criminal prosecution of parents whose children missed too much school. According to HuffPost, Harris “persuaded the state legislature to adopt harsher penalties for truancy. Under the new law, the parent or guardian of a young, truant child could face a fine of $2,500 or more — or one year in jail. Harris pushed hard for the law as she was running for attorney general, and it passed just as she won the election. ‘We are putting parents on notice,’ Harris said at her 2011 inauguration.”

Criminal investigations of child neglect tied to virtual truancy are set to skyrocket this fall, as school districts across the country adopt remote learning plans. Worried that parents can’t be trusted to care for their own children, some education officials have proposed large scale “child well-being checks,” by government agents. Earlier this month, the Tennessee Department of Education announced that it would be performing these well-being checks on children across the state. This plan created such an uproar among Tennessee parents and conservative lawmakers that the proposed initiative was withdrawn and its guidelines removed from the education department’s website.

Despite this immediate victory, all parents should remain on alert. School and state officials, aided by high-profile academics, will likely seek to increase CPS involvement in family affairs during remote learning and beyond. Elizabeth Bartholet, the Harvard Law School professor who made headlines last spring when she called for a presumptive ban on homeschooling, spoke out last week in favor of increased CPS action this fall. In an interview with Harvard Law Today, Bartholet said: “My overall general recommendation is that educators and CPS agencies need to recognize the level of problems that kids at home are now facing in terms of risk of both education and maltreatment, and come up with some creative new solutions.”

In the interview, Bartholet acknowledged the heightened interest in independent homeschooling, as more parents choose to forgo district learning this fall and consider separating from their school district going forward. According to Bartholet: “Roughly three percent of the population is now homeschooled. Let’s say that increases to six percent post-COVID. Legislators and other policymakers may look at that and say, ‘Wow, now this is a big phenomenon, it may continue to grow. Of course, it shouldn’t be just this lawless world out there with no rules and regulations and oversight. Of course, this should be part of our overall regulated educational system.’”

As I’ve written previously, homeschooling should not be part of the overall regulated education system. It is a form of private education that is separate and distinct from state schooling, and many parents are now finding that they prefer homeschooling over other education options. Parents are pulling their children out of school this fall in record numbers, dissatisfied with school reopening plans and aiming for greater educational freedom and flexibility. So many parents submitted online intent to homeschool forms in North Carolina last month that it crashed the state’s nonpublic education website. Perhaps not surprisingly, a recent report by a law professor at North Carolina’s Duke University called for greater regulation and oversight of the state’s growing ranks of homeschoolers.

As parents pull away from state-controlled education and assume greater responsibility for their children’s learning, the state will hasten efforts to maintain and expand its authority through its monopoly on the use of force. From virtual truancy claims and increased CPS investigations that disproportionately target poor parents and families of color, to calls for child well-being checks and more homeschooling regulations, the state will not willingly yield control of children’s education to parents.

Parents should strongly reject these heavy-handed efforts to interfere with family life during and after the pandemic, and be especially vigilant about helping low-income and minority parents to resist as well. Minimizing state power while maximizing individual liberty is the hallmark of a free society. Now more than ever, parents are exercising and securing their freedom to raise and educate their children as they choose. Parents may have been put on notice, but they are pushing back and opting out.