America's Most And Least Affordable Places To Buy A Home

The Coronavirus pandemic has upended the real estate market so far in unexpected and varied ways. Record low mortgage interest rates combined with people spending most of their time at home has caused a boom in home buying many housing markets despite widespread unemployment.

Not only that, but people are moving and considering new locations. Office closures mean that many people are working from home and some employers have suggested this may be a permanent trend. All these trends are conspiring together to cause people to consider moving to new places across America.

Along with Priceonomics customer RefiGuide.org, we decided to perform an analysis for people looking to buy a home based on affordability. If you are tired of living in a place where homeownership is out of reach because of high prices compared to incomes, where else should you consider living?

Before diving into the results, it’s worth spending a moment on the methodology and data. In this analysis, we are primarily interested in affordability of housing in an area.  To do so, we compared two metrics – income and the cost of a house. How far will the prevailing median household income go toward the purchase price of a home in the city. All income data is derived from the US Census 2018 data and housing data from Zillow’s June 30, 2020 market estimates. We looked at the 609 largest “places” (a designation in the US Census for cities and towns) in America.

Below are the top 50 most affordable places in America. To calculate the affordability we took median annual income as percentage of home prices in the area. 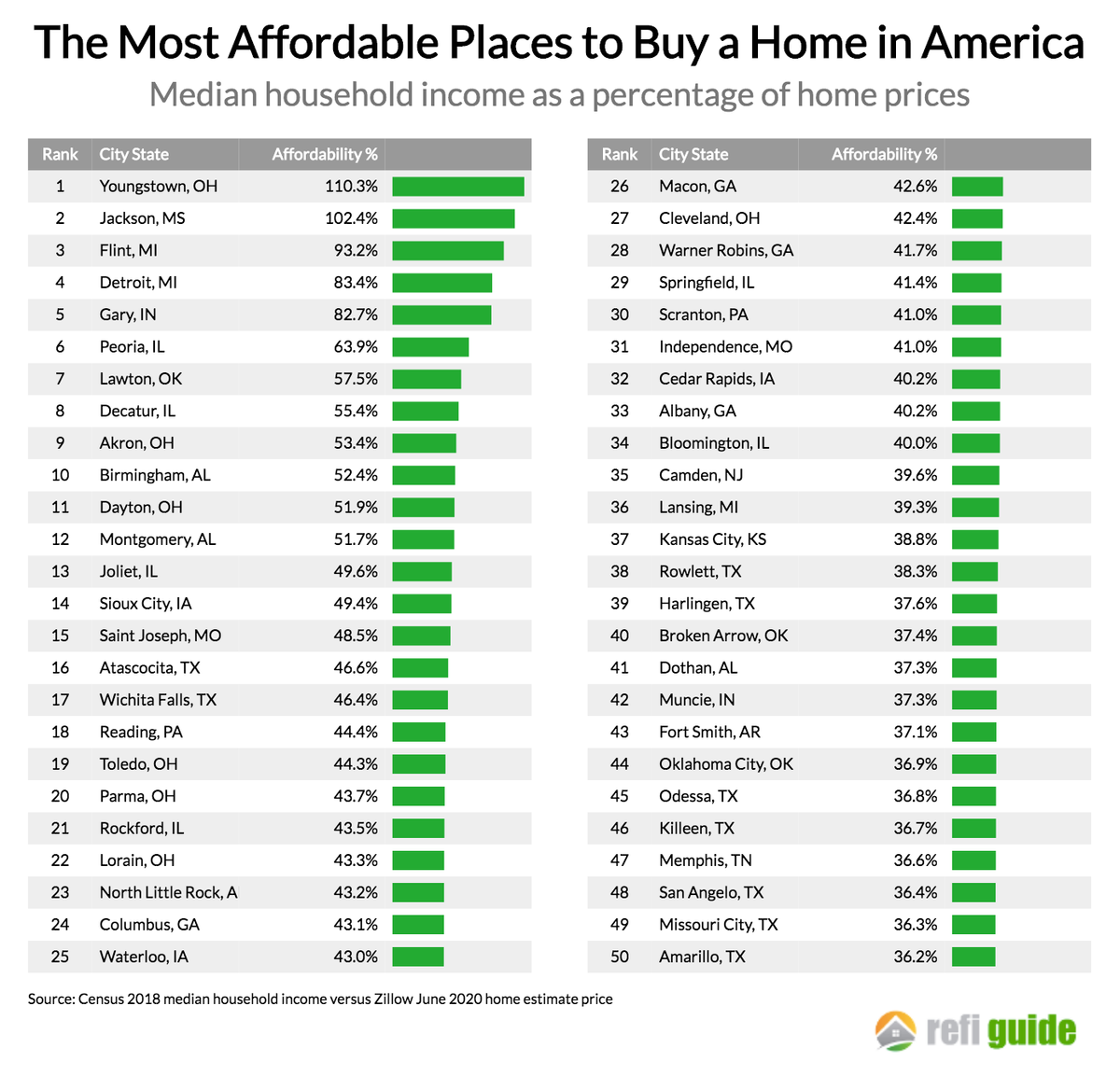 Next, let’s look at the least affordable housing markets in America. The following chart shows the places where the local income does not go particularly far toward a home purchase: 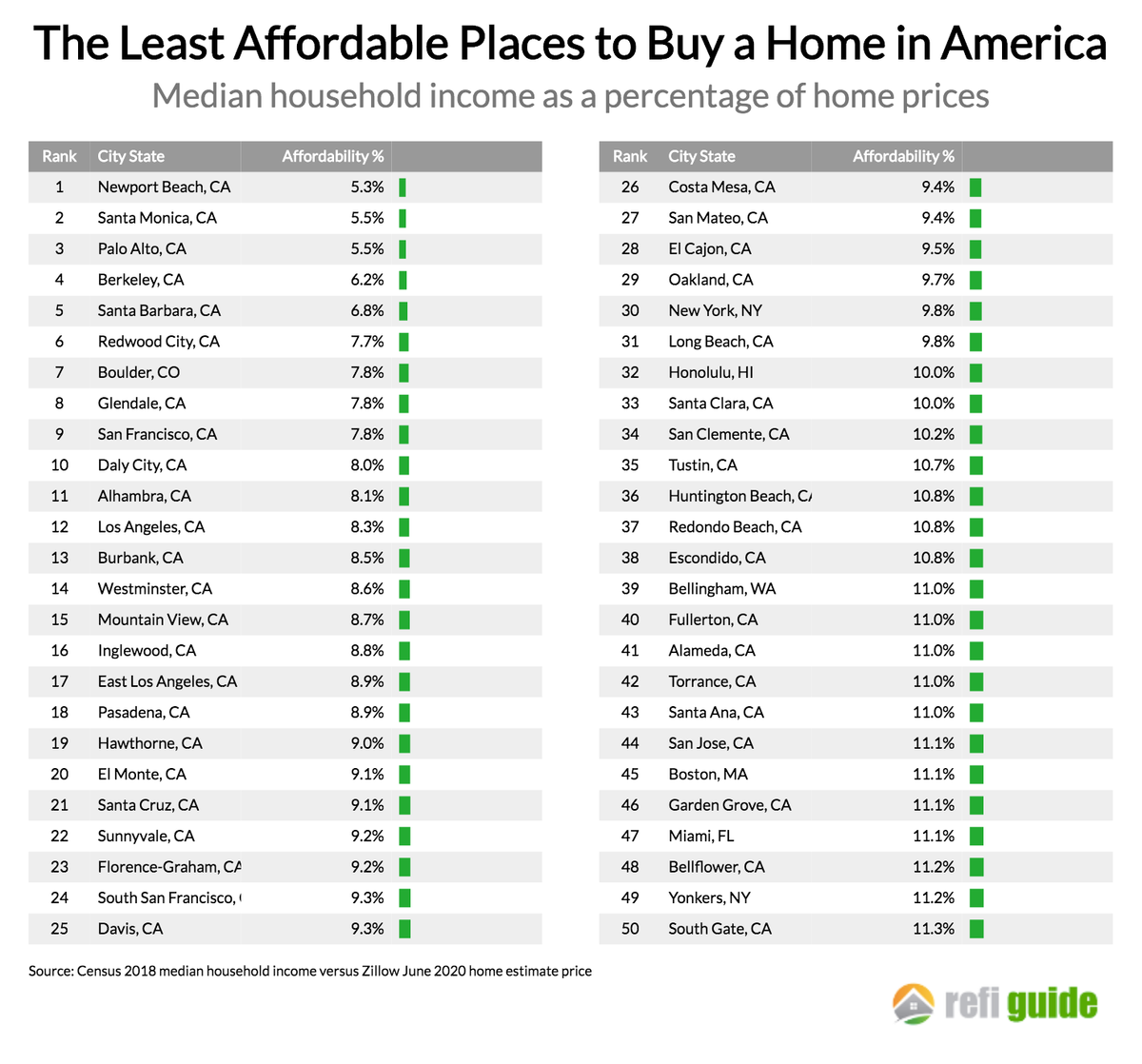 The least affordable place in America is Newport Beach, California, followed by Santa Monica, California. In these places, the typical annual income covers just 5.3% of a home’s purchase price. In fact 24 out of the top 25 places on the least affordability list are located in California. A few cities in New York, Colorado, Hawaii and Florida also make the list that’s generally dominated by California.

From the two above charts, it seems clear that there is a geographic pattern in affordability. Next, let’s look at the average affordability of all the places in a given state taken together. 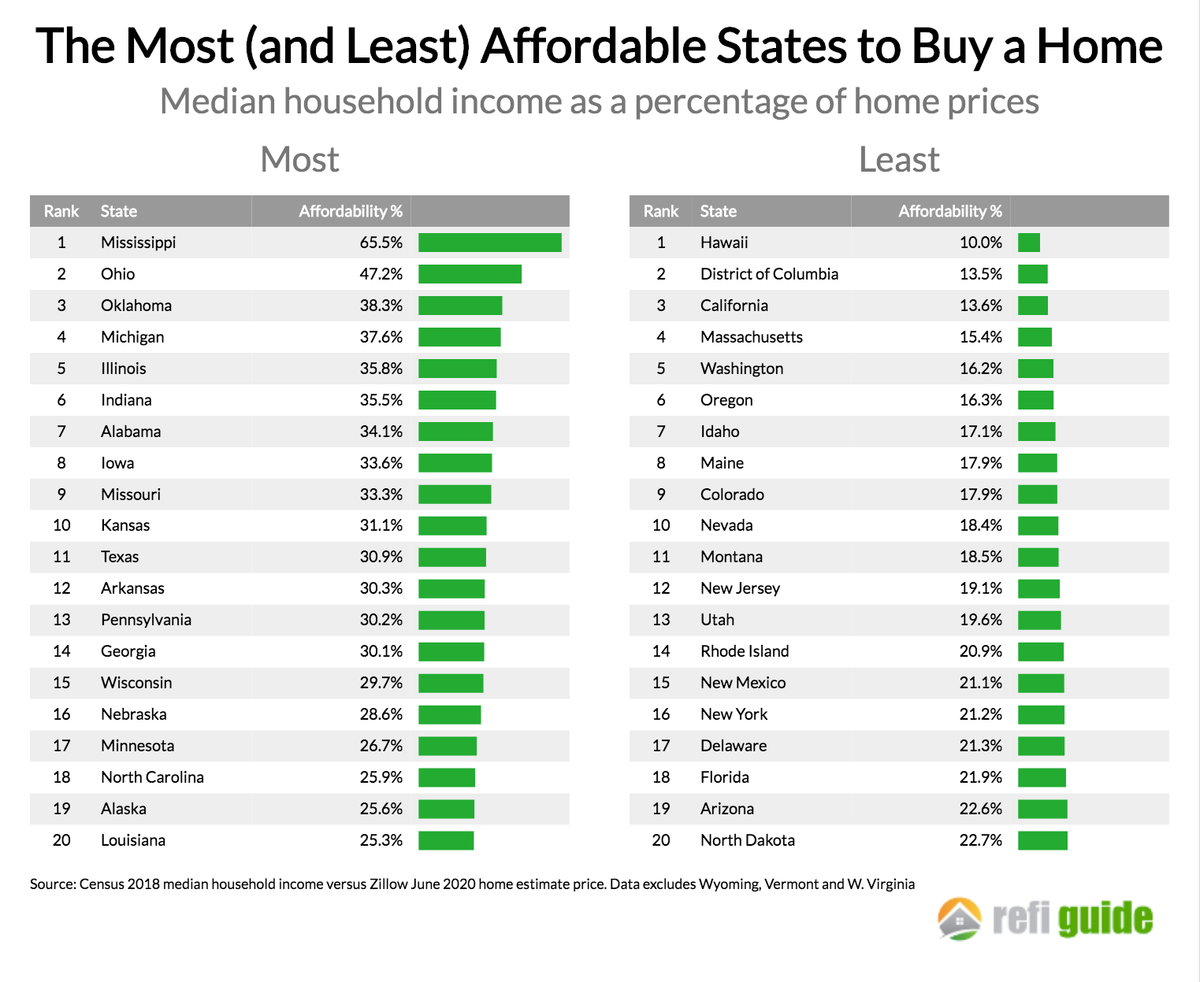 Lastly, let’s look at the 50 largest housing markets according to Zillow. These places tend to have the most job opportunities and largest economies, which can be a major factor in the long term affordability of a city, even in the area of remote work. 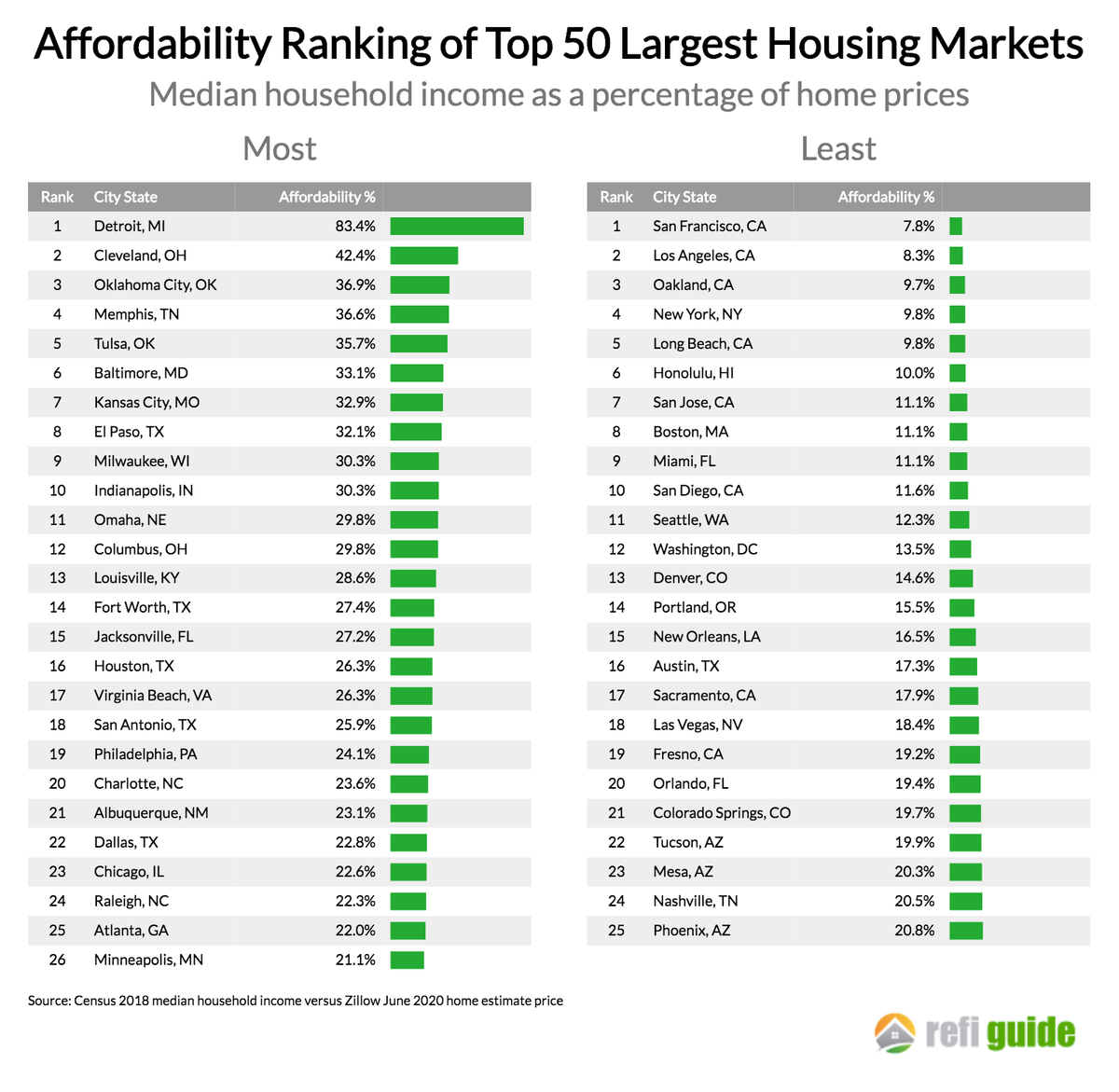 Housing affordability has long been a hot button issue in America. Over the last decade housing prices have increased at a tremendous rate and made homeownership beyond the reach of many Americans.

A couple of different forces are affecting the housing market as a result of the pandemic. On one hand many people are laid off, meaning many people in the economy are housing insecure. On the other hand, many Americans are using the pandemic to reassess where they want to live. To assist those that are considering a move, below is a data sheet for the housing prices, median income, and affordability rate of over 600 places in America.

Note: If you’re a company that wants to work with Priceonomics to turn your data into great stories, learn more about the Priceonomics Data Studio.