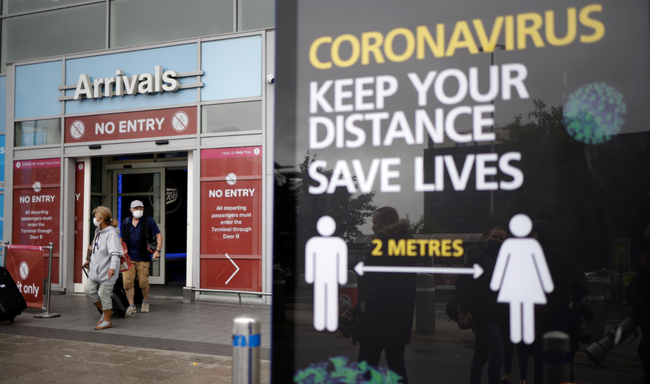 
A British academic and advisor to HMG warned Saturday during an interview that the coronavirus might be with us “forever” even if a vaccine is quickly developed.

“This is not going to be a disease like Smallpox, which could be eradicated by vaccination. This is a virus that is going to be with us forever in some form or another,” said Professor Mark Walport.

Pressed on whether he agrees with projections from WHO Director General Dr. Tedros Adhanom Ghebreyesus, who said Friday that he hoped the pandemic would be over in under two years, but that the possibility of a more sustained outbreak is something that can’t yet be readily dismissed, Walport claimed that tackling the virus will depend on a successful vaccine, but that mass production of a workable vaccine won’t be the last step toward fighting the virus.

“I am reasonably optimistic that it will be possible to make such a vaccine – there are a large number in development, including two that are in advanced stages from the UK,” Walport said.

However, even once a vaccine is in hand, Walport said caution might still be needed since it’s unclear whether a vaccine will offer lasting protection.

“[It] almost certainly will require repeated vaccinations so, a bit like flu, people will need re-vaccination at regular intervals,” he said.

The government adviser also cautioned that the percentage of new cases in the UK is rising in some parts of the country (though, to be sure, partial lockdowns and other measures have been implemented to blunt these outbreaks).

People shouldn’t get complacent just yet: there’s still a chance that the UK outbreak could spin out of control once again.

“Is there a situation where it could get out of control? Well, obviously, that is possible and that is why it is so important that we all work together,” Walport said.

“This infection is with us. We know that less than one in five people around the country have been infected, so 80% of the population are still susceptible to the virus.”