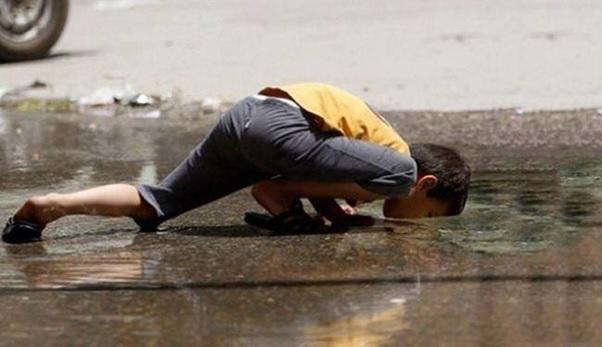 Syria’s permanent representative to the United Nations, Dr. Bashar al-Jaafari, called on the international organization to intervene to end the suffering of the residents of the Syrian city of Hasakah as a result of Turkish authorities’ decision to obstruct the water supply to over 1 million people.

In a phone call with the Secretary-General of the United Nations, Antonio Guterres, Dr. Al-Jaafari briefed him on the tragic situation in the city of Hasakah and its environs, as a result of the Turkish regime’s move to shut off the water supply from the Alouk station.

The permanent representative of Syria stressed that this Turkish aggressive behavior constitutes a “war crime and a crime against humanity,” adding that the situation resulting from this crime is intolerable, especially in light of the hot climate and the risk of the spread of the coronavirus. Al-Jaafari called on the Secretary-General to intervene immediately and “use his good offices to stop this crime.”

The armed factions loyal to Turkey had stopped pumping water from the Alouk station (the only drinking water source for the city of Hasakah and its suburbs) near the city of Ras al-Ain under its control, since August 13, while several areas in Hasakah were suffering days before that from a water crisis as a result poor pumping.

The Syrian government rushed several tanks of drinking water for the people of Al-Hasakah on Friday, where some neighborhoods have been without water for up to 20 days.

According to the Syrian Arab News Agency (SANA), the Syrian government had installed several tanks to alleviate the suffering of the people of northeast Syria “as a result of the Turkish occupation forces and their terrorist mercenaries continuing to commit the crime of cutting water to more than a million civilians in Al-Hasakah for the ninth consecutive day.”

The situation has become incredibly difficult for the people of Al-Hasakah, as the ongoing COVID-19 pandemic, coupled with the scorching heat, has created a humanitarian emergency in this region of Syria.

The Turkish-backed militants have now cutoff the water supply to the people of Al-Hasakah on two occasions in the last two months; this has prompted the Syrian military to send reinforcements to the region in preparation for a potential operation if this continues to happen.