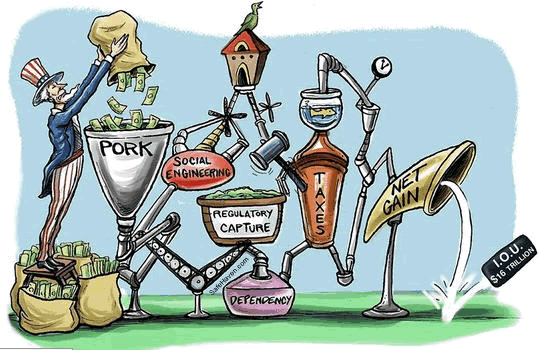 Your Figuring Central Planners At Work

“Every man is a consumer, and ought to be a producer,” observed 19th century philosopher Ralph Waldo Emerson.

“He is by constitution expensive, and needs to be rich.”

These days Emerson’s critical insight is being taken to its extreme.  Consumers, many whom lost their jobs due to government lockdown orders, no longer produce.  Yet they still consume.  They’re expensive.  Not rich.

What’s more, this consumption is not funded through personal savings.  Nor is it funded through government transfer payments.  Rather, it’s funded via the printing press.

Emerson, no doubt, was lacking in the unique perspective we’re presently granted.  He didn’t have the special opportunity to watch his government destroy the economy in short order.  Perhaps if he had, he would have penned a neat axiom to distill the essence of what has happened.

The world today looks nothing like Emerson’s day.  The 19th century was an age of honest money.  Central bankers did not roam the land.

Printing money to buy bonds and stocks, and to sprinkle on people, would have been quickly dismissed.  The experience of the Continental Congress during the American Revolution, and their over issuance of paper “continentals”, had shown that resorting to the printing press was an act of suicide.

Despite all the well-meaning intentions they may have, the efforts of central bankers in 2020, let alone the 21st century, have been a disaster.  Where to begin…

During the Great Recession, money supply expansion was mainly restricted to financial markets via ZIRP and Treasury purchases.  Stocks, bonds, and real estate prices increased much faster than worker incomes.  Financial assets holders, mainly the rich, got the nirvana of Fed inflated wealth.  Wage earners and savers got exactly squat.

Money supply expansion for the 2020 bailouts, as initiated by the Fed’s Primary and Secondary Market Corporate Credit Facilities (PMCCF and SMCCF), also puffed up financial assets.  However, in addition to financial markets, the 2020 bailouts, as initiated under the CARES Act, directed bailout funds into the real economy through stimulus and unemployment checks.  The intent of this money served to compensate for spending lost from mass unemployment and business closures.

According to the Bureau of Labor Statistics, the consumer price index (CPI) increased 1 percent over the last 12 months.  Here at the Economic Prism we’d prefer a stable money supply and no price inflation.  But what do we know.  We don’t think like central planners.

Central planners, of just the right academic pedigree, want an expanding money supply.  They also want moderate price inflation – 1 percent per year is not nearly enough – to ease an ever expanding debt burden.  These are things they want.  And they think they know just how to get them.

These smart and clever fellows think that with the right market interventions, programs, and policies, they can target just the right price inflation.  This line of thinking, while it may make for interesting academic fodder, is pure arrogance.

Your Figuring Central Planners At Work

This exact question is what the spoon benders at the Fed have spent the better part of the past year figuring.  In fact, they are currently working overtime so they can provide their answer in a forthcoming policy initiative.  Fed Chair Powell said they’d have it all wrapped up “in the near future.”  From what we gather, it’ll be hitting the press sometime in September.

What in the world will this new policy initiative include?  Will it be something radical?  Will a new era of dollar debasement be upon us?

We’ll have to wait and see.  But in the interim, several hints have been offered.  Here’s Dallas Fed President Robert Kaplan, after consulting the person in the mirror:

“I would be willing to see inflation run moderately above 2 percent in the aftermath of periods where we’ve been running persistently below.”

Prior to joining the Dallas Fed, Kaplan was a Senior Associate Dean and the Martin Marshall Professor of Management Practice at Harvard Business School.  Before that he spent over 20 years at Goldman Sachs – doing God’s work.

Between 2011 and 2015, Kaplan wrote a series of books titled: What to Ask the Person in the Mirror.  What You’re Really Meant to Do.  What You Really Need to Lead.

It really is too bad he never wrote a book titled: How to Not Be a Moron.  He may have found the endeavor helpful.  Because just after revealing his willingness “to see inflation run moderately above 2 percent,” Kaplan, a moron, wafted this sulfurous equivocation:

“I’m not making a commitment of what we’re going to do, I’m basically suggesting a tendency or likelihood, but it’s going to be subject to conditions we find and we’re going to have to adapt to those conditions.”

There you have it, folks.  Your figuring central planners at work.

Amazon Layoffs are a Part of the ‘Voluntary Separation Program’