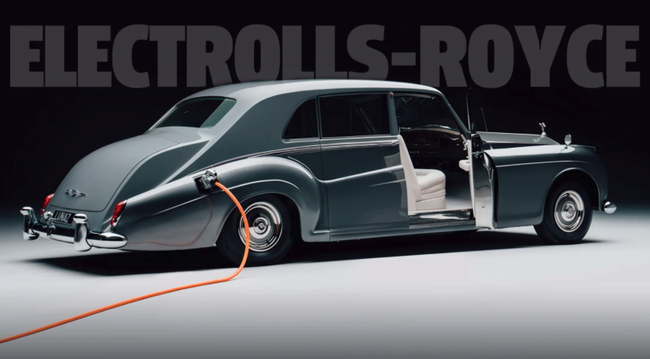 
An emerging trend in the classic car space is electric vehicle conversion, otherwise known as EV conversions, which is swapping out a car’s combustion engine and connected components with an electric motor and batteries to create an all-electric vehicle.

In the last five years or so, EV conversion kits have allowed folks to transform the 1980s Porsche 911s to 1970s Volkswagen Super Beetles to many other vehicles into all-electric cars.

However, wealthy folks don’t have the time to purchase EV conversion kits and tinker with motors and wires – they rather buy a complete package, and that’s where Lunaz Design comes in.

Lunaz, based in Silverstone, England, is the world’s leading restoration and electrification company, focusing on EV conversions of some of the most iconic post-World World II automobiles from Western nations.

“Lunaz is basing their re-engineered Rollers on the 1961 Phantom V, which is certainly an iconic-looking Rolls design. Lunaz is only planning on building 30, and says the conversions will utilize its proprietary powertrain,” said Jalopnik.

The electric Phantom will use a 120 kWh battery, larger than the Tesla Model S’ 100 kWh battery option, allowing the range of the vehicle to reach around 300 miles.

Jalopnik said ‘Electrolls-Royce’ Phantoms have a list price of about $655,000, but EV conversions for a Rolls-Royce Silver Cloud are much cheaper, around $458,000.