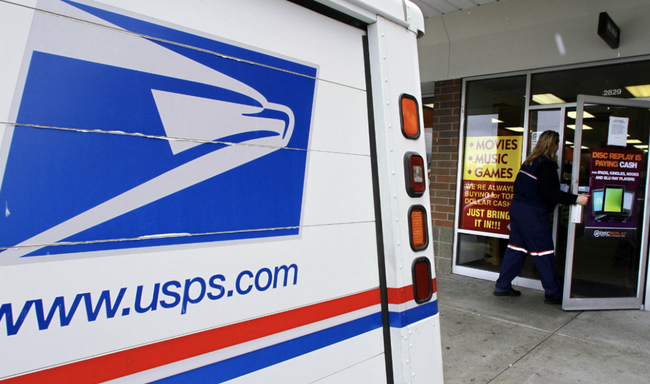 
As Postmaster General Louis DeJoy takes a grilling before the Senate on Friday, six Democratic-governed states are suing DeJoy, Chairman Robert Duncan, and the USPS itself in yet another lawsuit alleging they broke USPS rules and violated states’ rights to carry out “free and fair” elections.

Here’s a breakdown of some of the highlights from @lovenheim.

And here’s a copy of our lawsuit against Postmaster General #DeJoy and others. Summed up: They failed to follow the process required by law to change the rules mid-stream, and violated state rights. #USPS https://t.co/McKKO4mWDZ

FROM OUR LAWSUIT AGAINST #DEJOY: Postal Service employees received a “Stand-Up Talk” in which they were told it was okay if “mail is left behind for the day” & acknowledged these CONSEQUENCES, as if to put profit over people receiving Rx medication, paychecks & more: pic.twitter.com/TLyYcv0Egv

Don’t miss this: Tucked into our lawsuit against #DeJoy: 5+ pages of examples of EMPTY @realdonaldtrump claims about #USPS and mail-in ballots, starting with these: pic.twitter.com/87x23q4z2M

If ever we needed a window into how Trump’s team illegally works to overhaul critical govt. missions, let this be it. #USPS is the 1 agency we all have routine contact with (see @helaineolen WaPo column). #DeJoy & co. tried to pull a fast one on all of us: https://t.co/McKKO4mWDZ

During Friday’s hearing, DeJoy insisted it was his “sacred duty” to ensure that voting by mail works in November.

Read the lawsuit in its entirety below