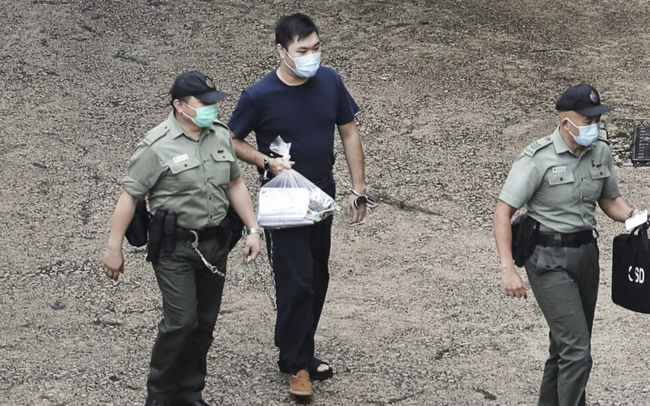 
A Hong Kong court has just denied bail to the first individual arrested under the new Beijing-imposed national security law, rejecting his lawyers’ argument that the controversial Nat Sec law was invalid because it conflicts with the “Basic Law”, the British-designed constitution that has governed Hong Kong for decades.

Tong Ying-kit, 23, is a waiter who was arrested in July after riding his motorcycle, festooned with flags bearing “illegal” messages about an independent Hong Kong, into a crowd of police officers. He was charged with “inciting separatism and terrorism,” for carrying a flag that read “Liberate Hong Kong Revolution of our Times”.

According to the SCMP, Tong’s application for a writ of habeas corpus hinged on the interpretation of Article 42 of the Nat Sec law, which specifies that “no bail shall be granted…unless the judge has sufficient grounds for believing the criminal suspect or defendant will not continue to commit acts endangering national security.”

His lawyers argued during the hearing that Article 42 is inconsistent with the Basic Law due to what they argued is a “no bail” provision, which enables arbitrary detention and undermines constitutional protections, both of which are guaranteed to Hong Kongers under the Basic Law.

But the court determined that Tong’s detention was lawful, and argued that Hong Kong’s legal system has no provision to invalidate the Nat Sec law.

Tong has been held at Lai Chi Kok Reception Center since July 6, when he became the first person brought to court to face charges of inciting secession and engaging in terrorism after the Nat Sec law came into effect on the day prior to his arrest. He was arrested for the incident we mentioned above on July 1.

Despite the ruling, Tong has reportedly not given up on seeking his release, and the High Court will hear an “ordinary” bail application on Tuesday. Tong’s criminal case is set to return to West Kowloon Court on October 6.