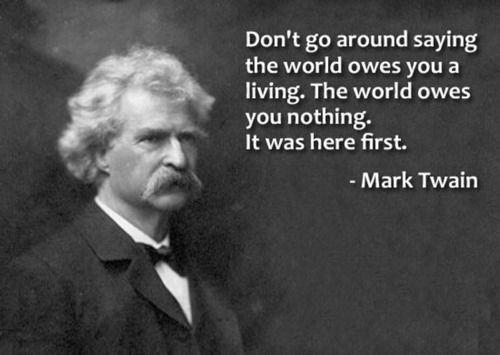 
Authored by Brandon Smith via Alt-Market.com,

Memes are a dominant force in popular culture today, and there is good reason for this; they allow people to inject an argument into discussion without having to actually compose that argument. In other words, by sharing a meme, everyone already knows what you are saying without an explanation. We all do this from time to time.

When I refer to a woman screaming at a man on the sidewalk for not wearing a mask as a “Karen”, most people immediately understand why this woman is a problem. She fits an archetypal mold, she has made herself into a walking, talking stereotype. The meme describes a thing everyone has experienced and is tired of dealing with. Memes make debate easier – They take on a life of their own.

That said, problems arise when dishonest people try to hijack a meme for their own agenda.

For example, how many times have you seen crazed leftists call a conservative a “snowflake” because he/she is criticizing crazy leftist behavior? The meme refers to people who let their emotions get in the way of reason and they have “meltdowns” when faced with facts that disagree with their feelings. It also refers to people who fear competition and discomfort so much that they are trying to reshape the world so that it is “more fair” and less threatening to their self esteem. It does not apply to people who are logically debunking terrible behavior and terrible arguments.

To be fair, the term “snowflake” can be abused as a way to dismiss a younger person out of hand when they are expressing discontent with problems in the world. Memes can be misused by both sides of the political spectrum.

By the same token, a “Karen” is grown adult (not always a woman) who is aggressively uppity and unreasonable and who throws temper tantrums when they don’t get their way. It’s a person who acts like a spoiled toddler, and they do this because it has worked many times in the past in our “customer is always right” retail world. No one has ever smacked them upside the head and taught them a lesson in humility.

A “Karen” is NOT someone who is simply complaining or criticizing over a legitimate problem in a logical way. Yet, I have seen this meme misused as well to attack and shut down people who are doing exactly that.

And what about the “Okay Boomer” meme? The idea being that older people are disconnected from the “changing times” and that they have nothing to contribute anymore to the discussion because the planet has left them behind. This is one of the few purely leftist memes I’ve seen in the past few years.  It’s a futurist meme which comforts children in their common false notion that they have the world all figured out and advice from “old people” is useless. It’s a way for people with zero life experience and zero success to dismiss people with decades of life experience along and an array of successes and failures to draw knowledge from.

Being told you are a “newbie” is not always fun, but it’s sometimes necessary.  The Boomer meme is a tool for young people to feel better about themselves and their lack of wisdom or education.  These days, anyone who is over 30 years of age and disagrees with leftist politics or aspects of Zennial culture is called a “boomer” by default.

Memes can be entertaining, but the fact that they are so easy to exploit also leaves them open to abuse by narcissists and sociopaths. Leftists in particular are guilty of hijacking memes and twisting them for their own ends. They see memes as part of a culture war they are desperate to win. For them, controlling the meaning of words is paramount.

The newest meme trend I’m seeing these days is called the “try-hard” meme, i.e. “Stop acting like such a try-hard…” Now, this is another case where a phrase is being co-opted to fit a false narrative. Originally, a “try hard” was someone who takes recreational things much too seriously and turns fun into war. For example, a guy who plays a game of volleyball with his family and starts pummeling spikes down into their faces like he’s in a professional match. In other words, people who beat their chests and act overtly competitive in situations that don’t call for it.

These days, I’m seeing the meme used to describe ANYONE who excels at anything. That’s right, if you push yourself to be the best, if you are competitive and win often, if you are focused on self improvement as an individual, then there’s something “wrong” with you.

Leftists in particular have always had a problem with competition and it stems from the Marxist roots of their philosophy. There is this notion among lefties that the world is supposed to be “equal”. Now, there are different types of equality, and I think the majority of Americans agree with the idea of equal opportunity. Meaning, (at least in the West) we think every person regardless of their circumstances should be given the CHANCE to PROVE they can work hard and succeed. People should not be stopped from pursuing that chance merely because of who they are.

This one delusion sits at the core of all Marxist thinking.

The psychological reality of mankind is that we are not born as blank slates; we are born with inherent qualities and the seeds of unique individual talents.  Marxists suffer from a complete mental disconnect with this concept.  If they were to admit that people are born with individual qualities and advantages and are not blank slates, then the foundation of their philosophy falls apart.  They rationalize their social engineering agenda under the premise that all people need to be “molded” into equal units.  They think people must be reeducated to reject bad beliefs and bad habits they were taught as blank slate children and learn to accept that everyone starts life out exactly the same.  Therefore, the majority of people who succeed are those that were given an unfair advantage, and success should be treated with disdain and suspicion.

But if people have inherent psychological characteristics and inherent advantages, then their personalities and qualities cannot be reformed.  Those “bad beliefs and habits” might actually be completely natural and necessary.  You might be able to hold them back through force or fear, but you can’t change the core of who they are.  If our biological and genetic imperatives prevail, Marxists become obsolete and useless.

The secret is to discover what your innate strengths are in life and take advantage of them to succeed. If you do not have innate talent, then you must at least have an innate ability to work hard. If you don’t have the ability and drive to work hard to become good at a thing, then you don’t deserve to get recognition for that thing.  You are not entitled to feel like a winner merely because you exist.  It’s really as simple as that.

The try-hard meme is basically the equivalent of excellence-shaming; you are supposed to feel ashamed of being better than others at a certain task or talent. I’m not sure where this hatred for competition comes from, but I suspect it has something to do with leftists and their early childhoods. Many of them are “late bloomers” who did not have many experiences winning, or they were never pushed by their parents to mature and excel. They grew to despise the idea that winning and success are so elevated in our society, while at the same time they still crave that feeling of being the best at something.

So, they adopt the Marxist creed, which tells them that yes, they are losers, but it’s not because they are lazy and they suck; no, they are losers because they are victims of a society that is holding them back from their true potential. Marxism tells them that the people who succeed were actually given special treatment because of their class or the color of their skin. The winners are actually very bad people who don’t deserve success. If only the system was forced to be more fair, then THEY would be the winners.  Thus, in order for losers to “win”, they must join a mob of other losers and gain power through collective control.  The successful people must be given an extreme handicap by the mob to “level the playing field”.

I think the Marxist ideal is leading these kids down a path of brutal delusion, because they are never going to achieve the Utopian society that they seek. The world will never be “fair”, and the idea that you can force such conditions upon a culture without serious consequences is childish and mentally unstable. Make no mistake, we are entering an era in which the facade propping up limp-wristed and weak people is falling away. When it comes to economic strife, crisis and survival, there is no appeal to equality.  You’re in the jungle, baby, and if you have no merit, you’re gonna die.

The people willing to work hard and the people who seek to self improve are going to do well. The people that want a trophy just for participating are not going to make it.

By extension, trying to socially engineer our country to cater to the lowest common denominator would grind all progress to a standstill and make the crisis even worse. If “trying hard” becomes something to be ashamed of, or something that is punished, then there is no more incentive to improve or innovate or go beyond that which has already been accomplished. Our evolution ceases, and humanity stagnates.

While human competition has its ugly moments in history, at the very least it must be encouraged among individuals. It must continue to be rewarded. For if we start rewarding mediocrity it will be the exact opposite of the biological drives that keep us alive. It will lead to self destruction of the entire species.

If you would like to support the work that Alt-Market does while also receiving content on advanced tactics for defeating the globalist agenda, subscribe to our exclusive newsletter The Wild Bunch Dispatch.  Learn more about it HERE.