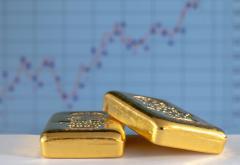 
Authored by Darren Brady Nelson via The Mises Institute,

Even those in the nonfinancial media have noticed the skyrocketing price of gold this year. Some partially identify, but don’t quite understand, some of the many (and more measurable) intermediary effects in the chain of causation such as a “weakened US dollar” and “low bond yields.” Those in the financial press add to these factors with ones like “central bank reserves” management, along with mining production and “jewelry and industrial demand.”

But the chief cause for this and all major rises in gold prices is not “fear and” but fear of cheap money.

In a 2013 interview titled “What Is Key for the Price Formation of Gold?,” Robert Blumen makes the following seven key points, not only for then, but for today and the foreseeable (fiat money) future:

The 2015 book Austrian School for Investors: Austrian Investing between Inflation and Deflation serves as an important complement to Blumen’s work on gold price formation. The four authors are not just Austrians in an economic sense, but literal Austrians from the country of the same name. What follows are five key points from the “Precious Metals” section of chapter 9 on “Austrian Investment Practice”:

1. “The marginal utility of gold declines at a slower rate than that of other goods. It is owing to this superior characteristic that gold and silver enjoy their monetary status, and not their supposed scarcity. Their high marketability represents also their decisive advantage over other stores of value….For this reason, central banks hold gold as a currency reserve, and not real estate, artworks or commodities.”

3. “If gold is already weakening in a period of disinflation, it must be even weaker in a period of deflation. This is however a fallacy. The trend of gold in a deflationary environment has barely been analyzed, not least because there exist only very few examples of deflationary periods….In a period of pronounced deflation, [not only do] government budgets become overstretched [but] trust in the financial system and paper currencies declines, while gold gains in importance due its top-notch credit quality.”

4. “Akin to an hourglass, liquidity in the financial system gradually flows downward as the willingness to take risks declines. At the very bottom is gold. Due to general skepticism, the circulation of gold declines as it is increasingly hoarded. The degree of hoarding is always proportional to the confidence in government and its currency.”

5. “Gold exhibits a very low correlation with most other asset classes, especially stocks and bonds.”

The answer to the question of why gold is skyrocketing is “follow the money printing.” US M0 money supply has been subject to a number of quantitative easing (QE) programs since 2008, pushing money supply growth ever higher.

All this suggests that “fear of cheap money” really is a primary factor in pushing up demand for gold. Such fear increases in times of economic turmoil. Such turmoil is almost always caused, and made worse, by government intervention. In 2020 that includes, not just more QE, but also the chaotic government responses to the coronavirus and civil unrest. But don’t expect economists or investors to agree on all this any time soon. I will end with a quote from an article by economist Bob Murphy:

There’s an old joke that the price of gold is understood by exactly two people in the entire world. They both work for the Bank of England and they disagree.