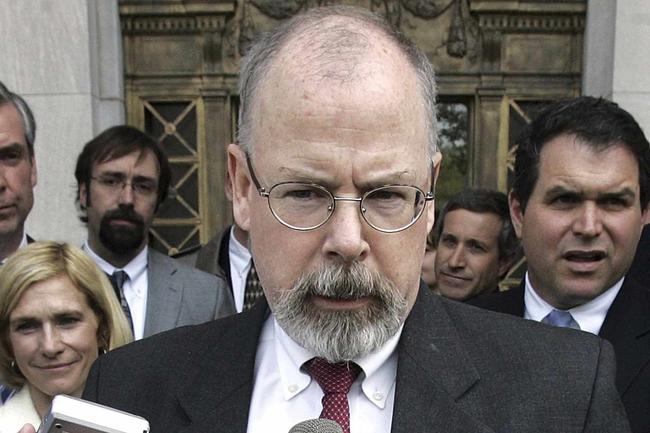 
Authored by Charles Lipson via RealClearPolitics.com,

News reports have downplayed the significance of former FBI lawyer Kevin Clinesmith’s guilty plea, acknowledging he altered an official document in the government’s Trump-Russia collusion probe. There has been some coverage, mainly because it is so rare to see FBI agents charged with a felony and because it is the first tangible result of U.S. Attorney John Durham’s sprawling investigation of the investigators. But mainstream news outlets have minimized its importance. It’s only one count, they say, and it deals with a relatively minor crime by a mid-level figure.

That’s spin, and it’s wrong. This plea is like finding water seeping from the base of a dam. The problem is not one muddy puddle. The problem is that it foreshadows the dam’s failure, releasing a torrent. That’s what the Clinesmith plea portends.

What Did Clinesmith Admit?

Clinesmith acknowledges he altered an email from the CIA to the FBI, answering a question about Carter Page. Page is an American citizen and a Naval Academy graduate who spent considerable time in Russia. His time abroad raised a question for the FBI’s counter-intelligence division. Was Page a Russian agent? Or was he on our side, helping the U.S. gather intelligence about the Kremlin? The CIA would know.

The answer mattered because the FBI and Department of Justice were preparing warrants to spy on Page as a hostile foreign agent. The CIA gave them a clear answer in August 2016, before the first warrant was issued: Page was working for us. That answer was given to a still-unnamed FBI case agent, and we don’t know what he did with it. Did he show it to those preparing the warrant applications? Why else would he even ask the CIA for the information?

In 2017, after Clinesmith was tasked to the Mueller investigation, their team asked him to clarify Page’s relationship with U.S. intelligence. That’s when he took the CIA document and added a single word, “not.” The altered document said Carter Page was not a CIA asset. It was a deliberate lie.

Clinesmith is pleading guilty to inserting that word and changing the document. That’s a felony. What made his crime more significant is that the altered document was then presented to the secret court overseeing actions taken under the Foreign Intelligence Surveillance Act. The special counsel included it in the fourth FISA application to spy on Page.

All four were chock-full of deception and dishonesty, but misrepresented to the court as “verified.” All of them said there “was probable cause that [Carter Page] was a knowing agent” of Russia. He wasn’t, and the applications’ authors had plenty of reasons to know it.

Why were they so determined to spy on a relatively minor figure like Carter Page? Because he was involved in Trump’s world and knew many others who were. James Comey’s FBI and Barack Obama’s White House wanted to know everything Trump was doing. Page was one window into that world. (Gen. Michael Flynn was an even better one, and we know he was exhaustively investigated.)

The FISA applications were meant to give some legal cover to this domestic espionage. The FBI first tried to get a warrant on Page in summer 2016, but the judges said it lacked sufficient evidence. They fixed that by adding added the now-discredited Steele dossier and got the first warrant in late 2016. The FBI and DoJ never told the FISA judges that the crucial addition was funded by Hillary Clinton and the Democratic National Committee, filled with unverified allegations, and produced by a biased, partisan investigator. Clinesmith’s altered email was a later, and relatively minor, addition to this toxic mix.

What really mattered was less the inclusion of Clinesmith’s false document than the omission of the CIA’s truthful one. The truth would have raised a bright red flag. The judges would likely ask, “If Page has worked closely with the CIA, how can you simply ignore that and say he is a Russian agent?” In other words, an accurate document might have killed the warrant renewal and called the previous three into question. The Mueller team wanted to avoid that, so they never let the FISA judges see the authentic document or know about it. Their omission was fateful and almost certainly criminal.

The Bullet Points That Leave a Bloody Trail

Clinesmith’s plea deal matters mostly because it sheds light on Durham’s broader investigation and the malfeasance he’s uncovering. To see that, let’s focus on the “bullet points,” which leave a bloody trail to larger crimes.

Who Should Be Nervous?

What Do We Still Need to Know About the FISA Investigation?

To return to the metaphor of the endangered dam… the Clinesmith indictment is a telling puddle where the ground should be dry. It’s a troubling omen for those who violated Carter Page’s rights, spied on the Trump campaign, and systematically abused the powerful tools of law enforcement. They are living downstream, and they should be worried.