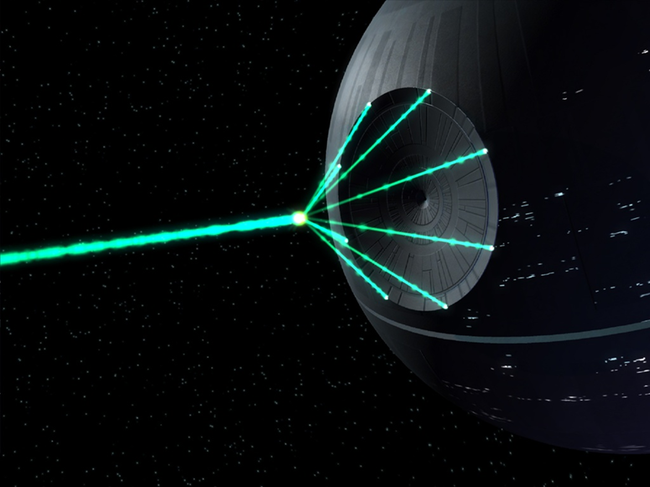 The US Dollar is at a 2-year low today, and the S&P closed at an all-time high (saying what about the price of the real S&P?), after news that Nancy Pelosi is prepared to cut Democrats’ fiscal demands in half in order to strike a fifth round bail-out deal with Republicans, suggesting that a package in the order of USD1.5 trillion is likely to be agreed on (though Bloomberg today suggests the White House thinks just USD500bn may be possible). A long-running saga of ever-more expensive episodes of a drama with an ageing cast of opposing sides who endlessly clash is actually a good theme to hang today’s Daily on. (Cue the ‘Star Wars’ theme music, please.)

Don’t mess with a Death Star, folks. They don’t all blow up easily when needed for the plot (as in Star Wars IV, VI, and VII….am I forgetting one?) See how ‘Rogue One’ ended. (Which was well-received by the fanbase, by the way.)

With only a slight segue, Variety magazine reported yesterday that “China Issues Guidelines on How to Develop Local Sci-Fi Films”. It notes China’s film authorities have issued a new document titled “Several Opinions on Promoting the Development of Science Fiction Films” –NB, elevator pitches need to be snappier: “Think tornadoes meet sharks!”– which outlines policy measures to boost the production of science fiction movies and “highlights how the sci-fi genre fits into the ruling Communist Party’s broader ideological and technological goals.” This follows China’s first VFX-heavy sci-fi blockbuster, “The Wandering Earth,” grossing USD691m at the local box office. In short, China wants to move into the sci-fi movie space in the same way as consumer goods, etc.

This is interesting news in several ways. As is well known, China is both a huge movie market and one that is very hard to access. Only a few dozen Hollywood films are allowed in each year, and China gets to pick which. Nonetheless, as some Republican politicians have recently pointed out, and Hollywood hasn’t, this does not stop it from making movies for a presumed Chinese audience from the script upwards – it’s not called Show Business for nothing.

Imagine, however, if in the future the US market is flooded with Chinese VFX-heavy sci-fi blockbusters: would US audiences sit through sub-titles? That’s worse than a Death Star for most, surely! Yet imagine if Hollywood could no longer hope to export their own sci-fi schlock to China because the local market is saturated. (Like it is with electric vehicles, mobile phones, etc., etc.) One can assume that trade tensions would rise further and decoupling continue – a near future which at the moment does not require the imagination required for good sci-fi.

On which note, is it realistic that we will be soon be seeing Star Wars: Xi as well as Star Wars: XI? China can obviously produce top-notch sci-fi: look at the novel “The Three-Body Problem”, for example, and the “Wandering Earth” movie. The Soviet Union also managed to produce some good stuff, and Stanislav Lem’s “Solaris” was remade by Hollywood. Yet if we are only going to have shiny, flashy, positive futures portrayed, which seems to be the thrust, we presumably won’t be getting anything like Battlestar Galactica, Logan’s Run, Silent Running, Soylent Green, Planet of the Apes, 2001, The Running Man, The Terminator, The Matrix, Robocop, Bladerunner, Alien, Mad Max, Gattaca, Starship Troopers, Minority Report, Total Recall, The Truman Show, Avatar, or a Clockwork Orange, to name just a few.

Then again, Hollywood itself hasn’t managed to make anything close to those classics recently either, just endless remakes or reboots (with the honorable exception of Christopher Nolan and Denis Villeneuve). Which again speaks volumes about the US’ own problems: you need to put the Show in Show Business too.