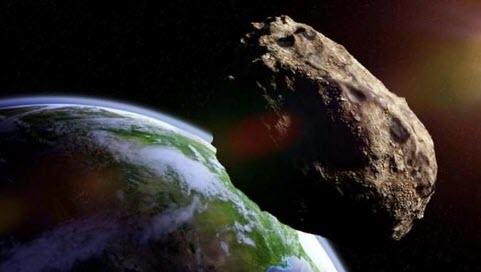 
Asteroid 2020QG just made the closely pass-by of our planet on record. The most amazing part? Scientists didn’t even see it coming.

The asteroid came as close as 4,778 miles from the center of the Earth, according to NASA’s database of near Earth objects and a new report by Forbes. At its lowest point, it could have been just 1,000 miles over our heads – lower than almost all artificial satellites that are currently orbiting the Earth.

The asteroid wasn’t spotted until after it passed the Earth, which is wild considering it is officially the closest call since we started following such passes nearly 100 years ago.

The asteroid had a diameter of about 10-20 feet, according to NASA, who also says that the asteroid likely didn’t pose a threat even if it had entered into the Earth’s atmosphere. It would have likely burned up in the atmosphere, NASA said.

A similar sized asteroid was spotted in 2018 and, after entry into the Earth’s atmosphere, “only the tiniest bits” made it to the ground. It caused no reported damage or injuries.

And because nothing involving science or outer space can be brought up without bringing up the world’s greatest faux-scientist, Elon Musk, Forbes commented that the object was “roughly the size of a Tesla Model 3, which makes you wonder for a second if the car Elon Musk famously launched towards Mars might have activated its autonomous boosters and attempted to make its way home.”