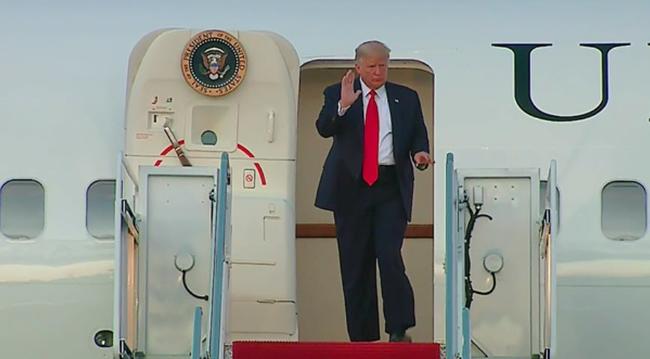 
Authored by Ben Wilson via SaraACarter.com,

On the flight back from a Wisconsin rally Monday night, President Donald Trump told reporters he is going to pardon someone “very, very important” Tuesday, and it is not Edward Snowden nor former national security advisor LT. Gen. Michael Flynn.

Trump provided no further details but people are guessing. The name that appears to continue popping up on social media is WikiLeaks founder Julian Assange.

President Trump says he will be issuing a pardon tomorrow for someone “very, very important,” but it would not be Michael Flynn or Edward Snowden, per the pool traveling with him.

After a series of rallies in swing states in the Midwest, the President dropped the hint to reporters on Air Force One en route to Washington late Monday night.

On flight back from Wisconsin, Pres Trump told press pool he would be issuing a pardon on Tuesday to someone “very very important,” but said it was not Michael Flynn or Edward Snowden. Might see it as a way to detract attention from Democratic Convention speeches slamming him pic.twitter.com/yxR3LbUZ3x

No official details are known.

The news follows talk of a Snowden pardon after the President said he would start looking into pardoning the infamous leaker, Trump, however, specified it wasn’t him.

“I’m going to start looking at it,” Trump told reporters at a news conference in New Jersey on Saturday, according to Reuters.

“There are a lot of people that think he is not being treated fairly. I mean, I hear that,” Trump said, per the New York Post.