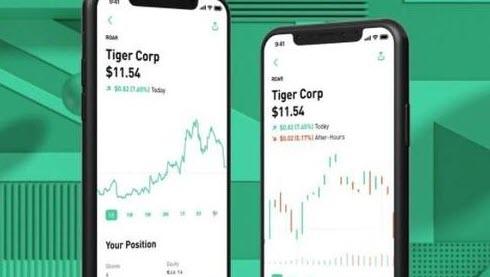 
Helped along by a surge in trading due to the coronavirus pandemic, retail trading app Robinhood has surpassed an astonishing $11 billion valuation, per a new equity round it raised recently. The valuation represents a nearly 33% markup from the last time the company raised capital – which was just about one month ago.

New York-based D1 Capital Partners invested $200 million in the app, the company announced on the money, marking its valuation at $11.2 billion. The app’s valuation was previously $8.6 billion in July.

There is now speculation that the app could be primed to go public, according to FT. Michael Underhill, chief investment officer of Capital Innovations, said:  “Seeing that kind of jump in valuation [shows] they have velocity and momentum on their side.”

And what better place to offload the “momentum” from a retail trading app than onto retail investors themselves?

D1 is a first time investor in the app and the fund, founded in 2017, invests normally in a mix of public stocks and private securities. It has about $13 billion under management.

Robinhood has said the new round of financing will go to “building our core product and improving the customer experience”. Maybe the app should start by addressing the outages it consistently has everytime there is the slightest bit of market volatility.

In Q1 of this year the platform gained 3 million new customers, pushing its total userbase above 13 million and passing Charles Schwab and e-Trade in “daily average revenue trades”.

The app launched stating it had the goal of “democratizing finance” due to commission free trading. Instead, the platform sells its order flow to Citadel and other electronic firms, giving them the chance to frontrun retail trades. In essence, it’s almost the exact opposite of democratizing trades, as all trades must pass through the machine before it is executed.

But, as usual, we digress…