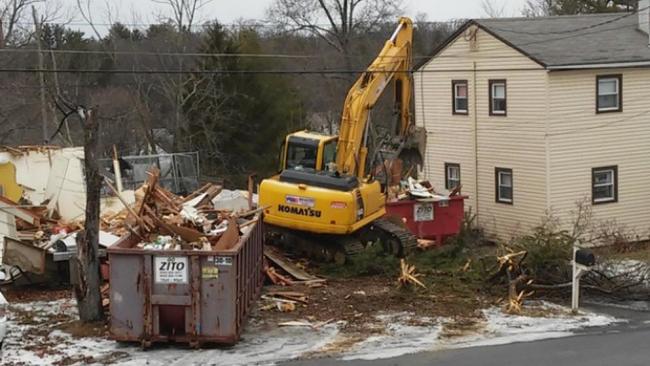 
Britons were shocked and angered this week when an internal government guide meant to inform local councils and town authorities on possible strategies in dealing with rising coronavirus cases throughout the country explored scenarios wherein demolition of ‘contaminated’ homes would be allowed.

It’s unclear if the UK guide, called Covid-19 Contain Framework and produced by the Department of Health and Social Care, was intended to gain broad public circulation, given it contains what’s widely seen as oppressive overkill measures that are absolutely Orwellian and downright tyrannical in terms of the power assumed by local councils.

Here’s the headline in The Telegraph that went viral late in the day Tuesday: Councils can demolish contaminated buildings under powers to stop second coronavirus wave.

This as London fears greater spread from a second wave and hopes to avoid another nationwide lock down. The idea behind the government strategy is that by giving local councils unprecedented powers to curb local spread, more sweeping national measures could be avoided.

But citizens are not impressed, given ‘demolition orders’ could theoretically be issued for the very roofs over people’s heads. The Telegraph report detailed shockingly of the government document:

Local authorities will be able to order the demolition of buildings at the centre of coronavirus outbreaks under draconian powers to contain a potential second wave.

Cars, buses, trains and aeroplanes could also be destroyed subject to the approval of magistrates.

The report flatly states that even retirement or nursing homes and private residences could be “bulldozed” if such interventions are deemed necessary.

Has the government heard of disinfectant https://t.co/6SWOcaM5Ob

The report continues by quoting a passage that seems straight out of some banana republic dictatorship, which it appears the UK is on its way toward becoming (with laws like this):

The document, published by the Department of Health and Social Care, advises councils that, under the Public Health (Control of Disease) Act 1984, they can apply to a magistrate “to impose restrictions or requirements to close contaminated premises; close public spaces in the area of the local authority; detain a conveyance or movable structure; disinfect or decontaminate premises; or order that a building, conveyance or structure be destroyed“.

It raises the possibility that care homes, factories, offices or even private homes could be bulldozed as a last resort if the virus starts to run out of control, although such measures have not been considered necessary during the outbreak.

We wonder, with such immense decision-making authority in the hands of local councils, who will provide checks and balances over those local bodies?

Bulldozers ready to roll through living rooms? It appears that London literally foresees that as a “legitimate” scenario given reference to the Public Health (Control of Disease) Act 1984, and applied within the context of the COVID-19 pandemic.

Currently the UK has over 300,000 confirmed COVID-19 cases, including more than 46,000 deaths. A moderate increase in infections has been observed over the past days, further worrying officials and the public that the next round of drastic lock-down measures are in store.

But hopefully no one’s house is getting bulldozed anytime soon.