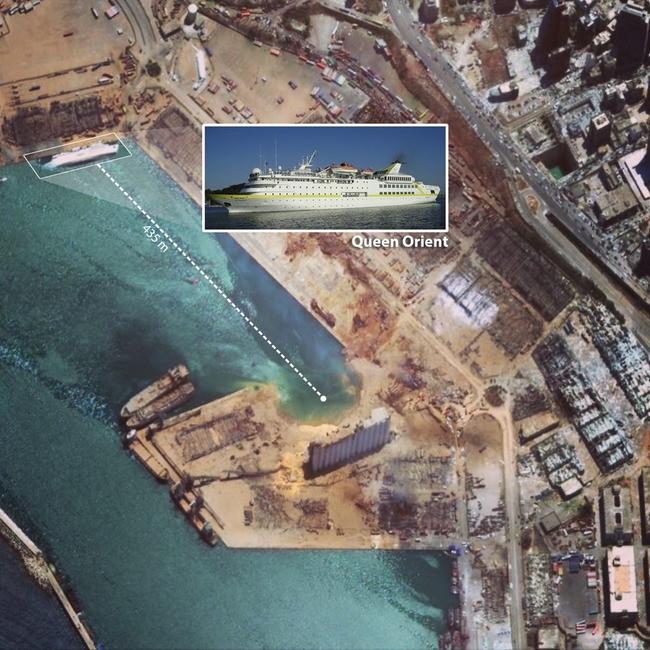 
Tuesday’s massive explosion in Beirut, Lebanon, has so far claimed the lives of 135 people and injured around 5,000. The cause of the explosion was 2,700 tons of ammonium nitrate, sitting unsecured in a warehouse at the Port of Beirut.

Beirut’s governor, Marwan Abboud, said damage from the blast is widespread and extends over half of the city, with the cost of the damage estimated to be more than $3 billion.

The Orient Queen, owned by Abou Merhi Cruises, measures an overall length of 400 feet long, was sunk by the ammonium nitrate explosion.

After the explosion, the vessel was severely left listing to the starboard, with two crew members killed and several injured.

Here’s a video of the capsized vessel.

A satellite image via Maxar captured the sunken cruise ship.

One can only speculate this wasn’t a normal ‘explosion’.