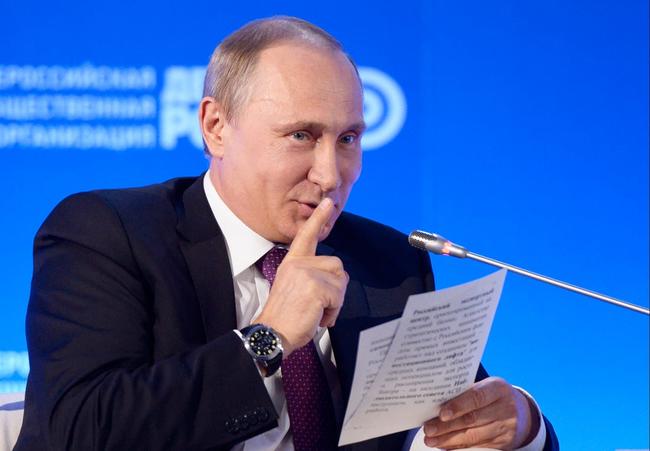 
Authored by Kit Knightly via Off-Guardian.org,

Apparently, that mean old Putin is stealing our magic vaccine to fight the ‘deadly virus’…

The Guardian, and all the other predictable voices, are currently reporting that Russian “state sponsored hackers” have been attempting to steal “medical secrets” from British pharmaceutical researchers.

At this stage they offer no substantiation, but it does serve as good teaching exercise in the techniques of modern propagandists.

First the lack of evidence. Observe the Guardian article, note the complete absence of sources or references. There’s not a link in sight. There’s no content there beyond the parroted words of UK government officials, whose honesty and/or competence is never interrogated.

Second, the lies by omission. They don’t mention, for example, the Vault 7 revelations from Wikileaks that the CIA/Pentagon have developed technology to make one of their own cyber-attacks appear to come from anywhere in the world, Russia obviously included. This is clearly vital information.

Third, the multitasking. When you splash a huge red lie on your front pages, it’s always best to make it serve several agendas at once. In fact, an unsupported statement which serves multiple state-backed narratives at the same time is one of the telltale signs of propaganda.

With this one completely unverified claim, the Guardian – or rather the people who tell the Guardian what to say – back up three narratives:

Whether it’s the (totally unsubstantiated) allegation that Russia put bounties on NATO servicemen in Afghanistan, or the (very predictable) “leak” that “Russian interference” was backing Corbyn in the general election, it’s clear that any Globalist deal on the coronavirus is dead and buried, and it’s very much open season on Putin’s Russia again.

Nothing shows just how much the Guardian has become the voice of the Deep State more than its coverage of anything Russia-related. And nothing serves as a better exemplar of how modern propaganda works.